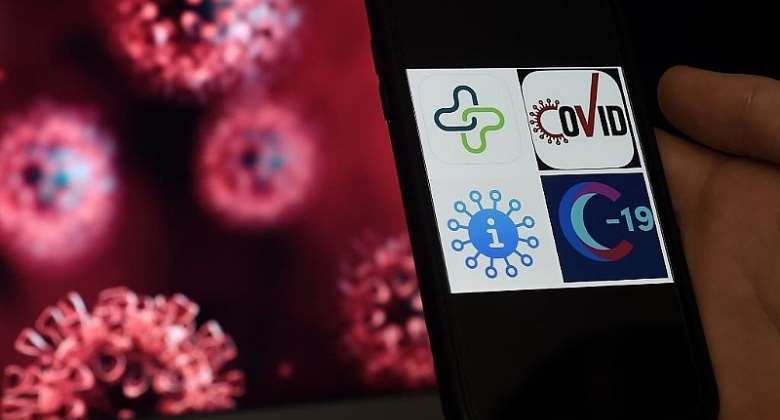 French opposition MPs from across the political spectrum on Monday called for a vote in parliament on the government's plan to use a mobile phone app to trace infections. As France prepares to come out of confinement on the 11 May, ethical questions concerning the methods of tracking patients has been raised.

The government announced its project called Stop Covid on 8 April, describing it as a smart-phone application designed to inform people if they have been in contact with the coronavirus.

Health Minister Olivier Véran and Cédric O, the minister in charge of Digital resources said a special task force had been set up, overseen by experts from the national institute for digital and information technology (Inria).

The app would function using bluetooth technology, each phone emitting a signal with its own anonymous ID number, and storing the signals coming from other people's phone apps nearby.

If the user designates themselves as infected with covid-19, their phone ID is listed on a platform of confirmed virus cases. An automatic message is sent to anyone who has been in proximity of the infected person within the last 14 days.

Strong opposition
But the project, in its early stages, has already been met with stiff opposition. Members from all parties, be it from the far-right National Rally (RN), to the centre-right Republicains (LR), the Green party (EELV), the Socialists, and even members of the ruling Republique en March (LREM) party are calling for a vote.

They believe the subject deserves more attention than a simple debate, already scheduled for 28 in the National Assembly and 29 April in the Senate.

Prime Minister Edouard Philippe responded positively on Monday to their request, but said a vote is not necessary because the project doesn't warrant a law at this stage.

"Since when do we debate a subject as dangerous to public and private freedoms ? What will the next stage be, eliminating the parliament?" asked Julien Bayou, secretary of the EELV Green party on Twitter earlier this month.

This sentiment was echoed in a joint statement, by the leader of the Republicains (LR) Damian Abad and deputy Philippe Gosselin who agreed that "on such a senstive subject, each deputy must guarantee public freedoms."

Public consultation
15 MPs, mostly from the ruling LREM party published an op-ed on the subject in Le Figaro on 8 April, declaring that "such a decision should not be taken hastily during a time of crisis, without a public consultation or parliamentary debate."

They have called for a public consultation, similar to the one on climate change, on the use of new technology which they say "is intrusive and questions our fundamental rights."

The initiative is being studied at a European level, and other countries have designed apps to function in a similar way, such as the Trace Together, launched on 20 March) in Singapore.

Cédric O told France Info that "everything would be done" to have the app ready for the 11 May, but he wasn't able to say how long it would take to develop.

Privacy concerns
Several questions have been raised over the deployment of such a tool on a national scale, not least with regards to privacy and data storage.

To reassure the various IT experts, the government has set up an open access website where the code can be developed collaboratively.

The fact that the app cannot precisely judge distances between people as yet could lead to recording false data.

Experts say bluetooth is designed to pick up signals between devices but it is not fully reliable at distinguishing exact distances between people, nor how long each of these contacts lasts for.

Elderly not likely to use app
The government has offered its assurance that bluetooth technology will better protect privacy because it is not designed to provide geolocalisation, but there are doubts of how far the system of anonymity can go.

Being optional, it relies on a large number of the general public to connect, which experts estimate needs to reach 60 percent of the population to become efficient.

And, as the MPs in the Figaro op-ed pointed out, not everyone is tech-savvy. The patients most likely to need such a tool, such as the elderly, are the ones least likely to use mobile phones.