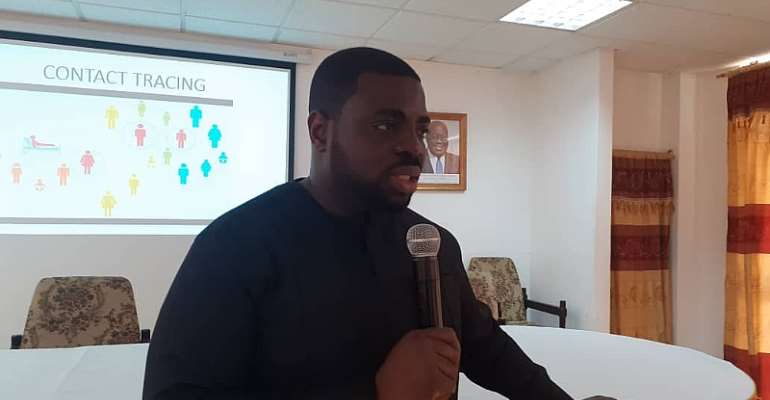 The number of confirmed coronavirus infections in the Volta Region has increased to 10.

This portal has gathered that the latest case was confirmed on April 19, after the patient visited the Ho Teaching Hospital with symptoms of the infection.

Confirming the update, Deputy Regional Director of Health in Charge of Public Health, Dr. Senanu Kwasi Dzokoto said the latest case in the region is inclusive of the 1,042 confirmed cases in the entire country.

He further explained that the patient involved is a 74-year-old resident of Ho with no recent travel history.

Although he is believed not to be a known contact of any of the previous confirmed cases, health workers have started tracing his contacts, including US returnee who visited him two weeks after arriving in the country ahead of the closing of the country’s borders.

Dr. Dzokoto explained that the patient got ill and visited the Ho Teaching Hospital (HTH) with symptoms suspected to be COVID-19. His samples were taken while he was placed under self-quarantine at home until his test proved to be positive. He was immediately moved to the hospital’s treatment centre, where he is receiving treatment.

A Regional situation report dated April 19, indicates that the region has so far conducted contact tracing covering 327 persons. Out of this number, a total of 174 suspected cases; representing 97 routine surveillance cases and 77 mandatory quarantine cases have been identified.

Ten of the suspected cases have tested positive. The 10 includes the first nine cases recorded in the region about a week ago on Sunday, April 11.

Six of them were travelers who illegally entered the country through Aflao in the Ketu South Municipality. Two were confirmed at the Hohoe Government Hospital while one was confirmed in Ho, the regional capital.

Dr. Dzokoto noted that the region is still enforcing all the necessary measures announced earlier, including the screening of visitors into the region at entry points.

Meanwhile, 99 persons have so far recovered fully from the virus in the country with nine deaths recorded.