The Plight Of Africans In China 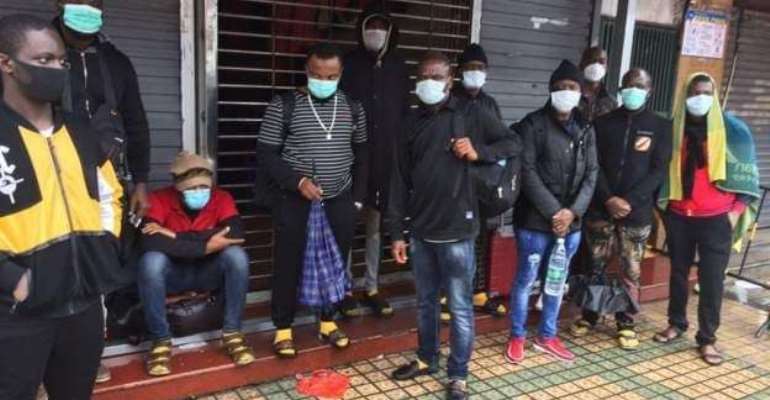 It is the duty of Africans everywhere to make Africa livable. In each decade, the time has come and gone for true African independence but there is still hope. In recent news, Chinese officials are accusing African immigrants of being the culprits for the spread of COVID-19. In times of turmoil, it appears that everyone is looking for someone else to blame. China is not taking any accountability for their discrepancy and mishandling of this virus.

The fact that Africans are being chased out of their homes, and not allowed to enter hotels are symptoms of a bigger issue. That issue is overstaying one’s welcome, Assuming, there was an invitation from the host country and an acceptance from the guest. China is a hegemonic society just like its neighbouring countries.

Anyone who does not fit that physical makeup is deemed an outsider. To a nation like China, citizenship does not equate to full acceptance. It has and will always be an us versus them mentality. The immigration of Africans to the West and East in times of despair but also a search for economic prosperity. The harsh truth is that one can not pick and choose what will be found on the other side of the world. The thing to do is to return home and build opportunity there, the homeland may not be ideal but it will never reject its children.

Africans who are in abroad have a duty and calling to bring their skills back to the homeland in order to improve living conditions. People from Africa are naturally ambitious and hard workers, those positives can be utilized to benefit the people as a whole. Pointing fingers is not going to change a thing; it will only continue to victimize Africans on the world stage. Looking inwards is freeing and beneficial, help from outside is never as helpful as one thinks. Outsider intervention is actually handicapping and is conditional.

The moment that the opposing party deems conditions to be unfavourable, the game is up. Africa will not prosper by the hands of politicians; it will instead prosper by the hands of the common man. The common man is more rooted, his allegiance is to his ancestors and God not to the International community. The behaviour of China can be equated to the snake in the story of Genesis, slowly but surely they are capitalizing on African resources. China promises that economic equality is on the horizon if only Africa buys what they are selling. China has been a snake from the beginning, but the shortsightedness of human beings does not catch on to that quickly.

The entire world should commend these discriminatory actions of China but Africans should not stop there. It is up to the people of Africa to make certain that Chinese influence is minimal on the continent. It should be based solely on trade that is fair trade, one should not come to the negotiation table at a disadvantage.

None of the sentiments above are novel or revolutionary; it is intended to serve as a reminder of the possibilities. The sooner that the continent of Africa is psychological independent, the sooner everything else will fall into place.

More Feature Article
ModernGhana Links
Ghana: Kill Anti-LGBTI Bill
Crystal Ball Jurisprudence: The US Appeal Against Assange Opens
Hopeson Adorye of NPP is making himself hated and irrelevant
Deep thinking, Bernard and You: But where is Dr. Thomas Mensah?
Witch killing: Arrest and prosecute killers of Okechukwu Nweke in Ebonyi State
Waste-To-Wealth
Too many unfulfilled promises in Ghanaian politics lead to distrust and disrespect
Na journalism y3 adwuma?
Disqualifying Based On Height Is Discriminatory And Archaic
TOP STORIES