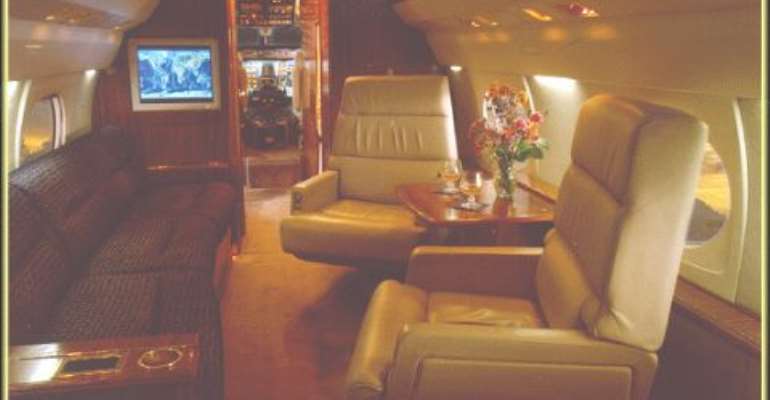 The Minority in Parliament has called for an immediate submission of the terms of the Gulf Stream Executive Jet Trade-in Deal with the Chinese authorities to the House for scrutiny.

“If the government fails to heed this call, we will take all legitimate action to get to the bottom of the matter,” it said.

The Minority leader, Mr Alban Sumani Bagbin, who stated this at a news briefing in Accra, described the transaction as secretive, wrongful and unconstitutional.

According to him, there were many unanswered questions related to the barter deal and which demanded a thorough explanation from the government, which brokered the deal with the Chinese authorities.

“ What is the transaction cost of the acquisition of the KB Chinese military jets? Are they brand new or used ones?” he asked.

The Minority Leader said its preliminary enquiries had put the sales price of a brand new K8 trainer/light attack military jet at $20 million, which implied that the “Four jets, if brand new, together with the flight simulator, should have a combined value of more than $80 million,”.

“ It is unthinkable to imagine how the Government could enter into such a commitment without Parliament's approval in accordance with Article 178(1), (2) and 181 of the Constitution.

Mr Bagbin said the Minority also refused to accept the statement by the Minister of Information and National Orientation , Mr Kwamena Bartels, that the absolute ceiling for any air worthy G3 jet flying today was set at $6.5 million by consultants.

“ Just yesterday, browsing the net, we found an air worthy G3 with serial number 477 selling at $7.6 million. This (477) G3 is older and was manufactured earlier than the Ghana G3, which has a serial number of 493,” he said.

The Minority leader, on behalf of the NDC MPs, further registered their strongest exception to Mr Bartels' claim that based on the size of the aircraft and the number of passengers it could carry, he believed that the aircraft was meant to be given to former President Jerry Rawlings as part of his end-of-service benefits.

“ We find this statement by a high ranking public officer of the status of Mr Bartels, who is in charge of providing the public with accurate information on Government policy as unfortunate and unacceptable.

Mr Bartels is a member of Parliament and participated in the discussion and approval of the Greenstreet Committee Report, which fixed terms and conditions, including retirement benefits for the ex-President, ex-Vice-President, ex-Speaker of Parliament, MPs, the Judiciary and other constitutional bodies,” he said.

Mr Bagbin stated that nowhere in the retirement terms of the ex-President was there a provision for an aircraft, adding that “ in any case, as of the end of 2000, lease payments for the aircraft were still on-going and for that reason, how could the government have given such an aircraft to the former President when it had not even finished paying?”

He said in December 2000 and January 2001, a Joint Transitional Team, made up of the outgoing NDC administration and the incoming NPP regime, met several times to discuss the terms of the transition, which included conditions and retirement terms of the ex-President.