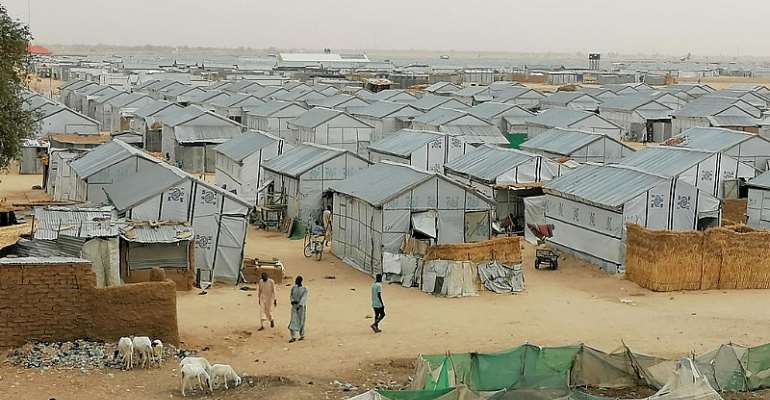 The medical charity Doctors Without Borders (MSF) reported on Monday that a Nigerian nurse in Borno state died from Covid-19, raising concerns that the contagious virus is now present in the northeastern region.

“He had no travel history outside of Borno State and made the ultimate sacrifice,” said UN Humanitarian Coordinator in Nigeria Edward Kallon.

The nurse had been treating the vulnerable and internally displaced people (IDPs) within the restive region.

Aid organisations and national and regional government officials are trying to conduct contact tracing in the area to prevent the spread of the virus to IDPs and other communities in Borno state.

Nigeria has locked down Lagos, Abuja and Ogun state in an effort to try and prevent the spread of the virus—but not Borno state.

The National Centre for Disease Control has recorded more than 625 cases across the country, the majority in Lagos.

Tanzania resisting lockdown
As people around the world are on lockdown to prevent the spread of Covid-19, Tanzania's President John Magufuli called for people to hold three days of prayer from Friday instead of stay at home.

Only schools and universities are shut; transportation, markets, and shops are still open for business.

Magufuli claimed that God would protect Tanzanians from Covid-19. He did, however, caution them to avoid “unnecessary gatherings.”

Opposition leader Zitto Kabwe of the ACT Wazalendo party is calling for a partial lockdown of Dar es Salaam, the economic capital, Dodoma, the capital, and large cities Arusha and Mwanza. He also wants Zanzibar, the island popular with tourists, to close as well.

Tanzania has 171 confirmed cases and seven deaths, a tiny portion of the 2.4 million cases worldwide, according to the World Health Organisation (WHO).

According to the Africa Centres for Disease Control and Prevention (CDC) the tiny kingdom of Lesotho, landlocked by South Africa, and the island country of Comoros in the Indian Ocean have no cases.

Meanwhile, South Africa has the most cases on the continent, with 3,158, and 54 deaths.

In Ghana, President Akuffo-Addo ended a three-week lockdown in and around Accra, the capital, and big city Kumasi.

While Europe, which is the hardest-hit continent so far, with Italy leading the death toll with 23,660 fatalities, countries like Germany, which offered vigorous coronavirus testing, is gradually rolling back its lockdown. Denmark and Norway are also opening businesses and schools, respectively.

Meanwhile, Hubei, the Chinese province where the epidemic started, will reopen on 6 May for students in their final year of classes.