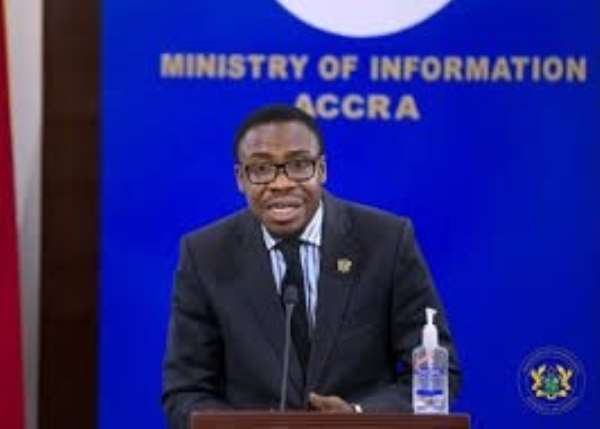 Director of Health Promotion and Chairman of the National Risk Communication & Community Engagement Committee for COVID-19, Dr. Dacosta Aboagye believes President Akufo-Addo made the right call on lifting the partial lockdown imposed on some parts of the country.

President Akufo-Addo in his 7th address to the nation on Sunday evening lifted the partial lockdown imposed on Accra, Kumasi and Kasoa.

The announcement has received mixed reactions from the public. A section of the public thinks it is early while others are of the view that the president made the right call.

But Speaking to Dr. K on Salt FM’s morning show, Dr. Dacosta Aboagye said the president made the right call based on information that had been provided to him.

According to him, every decision taken by the president since Ghana recorded its first case of the virus has been well calculated and based on data made available to him by stakeholders.

“The president took the decision based on the data and science available to him,” he said

Dr. Aboagye said the decision to lockdown parts of the country and close our borders was made based on recommendations from the Ghana Health Service of which he is a member of.

According to him, the data showed the virus was imported into the country hence the decision to close down the borders to and manage the numbers that had already entered the country.

Dr. Aboagye added that one of the reasons for the lockdown was to allow health officials conduct enhanced contact tracing and aggressive testing in hotspot communities.

According to him, based on the numbers now, they had achieved the goal of keeping the virus under control hence the president’s decisions to lift the partial lockdown in parts of the country.

Dr. Aboagye said the Ghana Health service started started formulating a way to fight the spread of the virus when it was first recorded in China in December last year.