The Lockdown Has Worked; The President Is Right To Move Our Covid-19 Fight Forward 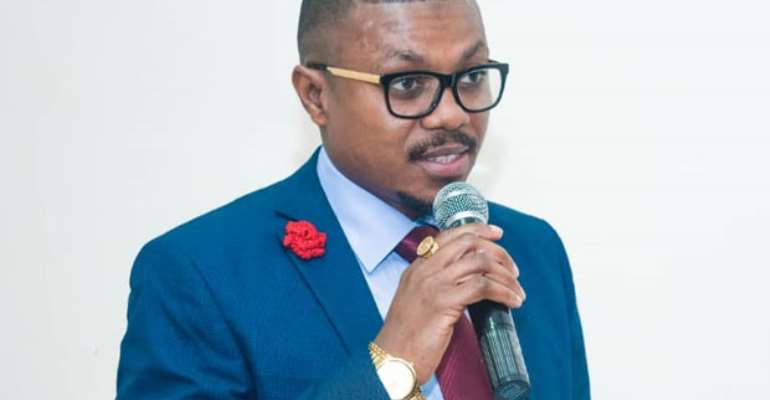 In the wake of President Nana Addo Dankwa Akufo Addo lifting the order restricting movement in parts of the Greater Accra and Ashanti Regions, there has been some understandable disquiet. When the lockdown was first imposed on 27th March, 2020, we had recorded fifty-nine cases and four deaths from Covid-19. On 19th April, 2020 when the order was rescinded, we had 1,042 and nine (9) deaths. At first brush, this might seem counter-intuitive but a more careful study of the circumstances would prove reassuring.

It is important to first of all appreciate that public policy decision making must be guided by data, one that will achieve measurable deliverables and be responsive to the real world impact of the process. The chronology of the President's actions shows us that he has been guided by these three tests. And when we measure this last announcement against these, we will come to appreciate the motivations behind it.

Even before we first recorded a case, there was evident preparedness for that eventuality. Screening at our airports was initiated in addition to public education campaigns. These measures were the good sense initiatives to make at a time when we didn't have a case. We did not, at the time, need to close our airports or restrict movements. The likely cost of these had to be measured against an identified risk. All that changed on 12th March, 2020 when the first two cases were recorded. Following these cases, both of which were imported into the country, a third was discovered when a University of Ghana student returning from the United States of America also tested positive. The government then moved to close all academic institutions and ban public gatherings. Further directives were given to ban travel from countries that had recorded more than two hundred cases of the virus.

As cases rose, we moved another step further to place all travellers coming into the country under mandatory quarantine. This enabled us to not only test and treat those who may have contracted the deadly virus on their travels, but also to prevent them from infecting others. And for a while, the majority of cases recorded came from this group, which showed that the policy was not just reasonable, but had worked.

Before the ban on travel and the isolation of people returning to the country however, there had been flights on which infected persons may have been. From the detailed updates we were receiving from the Ghana Health Service, it was clear that most new cases were either of people who had travelled into the country or those who had come into contact with them. With the number of cases rising and the geographical spread expanding, it was necessary to rethink our approach and adopt more radical measures.

Among the options was that of a restriction of movement across the country or in some parts of it, a policy which we have come to know as a lockdown. In considering its options, government was minded of several factors. Public health was the key consideration but it has to be acknowledged that there were severe economic and social implications to its imposition. In an economy that is predominantly informal and where social infrastructure is in great deficit, a lockdown can and does produce unintended consequences that can be nearly as devastating. After considering all these options, on 27th March, 2020 President Akufo Addo announced a fourteen day partial lockdown in Greater Accra and Greater Kumasi, which had been identified as epicentres of the outbreak. The order took effect on Monday March 30, 2020.

The overall purpose of the lockdown, as explained by the president, was to slow the spread. However, asking people to remain at home would only be of the greatest effect if we took the opportunity to ramp up testing, accelerate contact tracing and from these, get a sense of how the virus is spreading and impacting our communities. It must also be understood that fourteen days were not just chosen. Typically, the virus manifests within that period. This means that in a lockdown, you allow time for those who may have been infected to be identified while preventing them from infecting others while they are asymptomatic (having the virus but showing no symptoms). That is in fact the real value of a lockdown.

It is heartening to note that we have in fact made the most of our period of lockdown. We have conducted the most tests, per capita, of any country in Africa – sixty eight thousand, five hundred and ninety-one (68, 591) as of April 19, 2020 when the president lifted the order. Out of these, one thousand and forty-two (1042) have been shown to be positive, indicating a prevalence rate of around 1.5 percent. While zero would have been better, it still should give us cause for slight relief. Better still, new infections have reduced considerably and the increase in numbers we see are actually the results of old tests now coming through. Again, we have expanded our testing capacity and earmarked treatment centres around the country, placing us in a better position to now combat the virus.

The two-week lockdown along with the one week extension the president ordered, has been used most profitably. Above all, it has achieved its purpose of enabling us to test, trace and begin treatment. We are now in a position where we can ease some of the restrictions and put our country on a phased return to work. And it is that process that President Akufo Addo began on the night of April 19.

Now, this is not to be misinterpreted to mean that we are out of the woods yet. Covid-19 remains a real and active threat and we must continue to observe high standards of personal hygiene, maintain social distancing and avoid crowds. What we can be confident about, however, is that we now have a measure of the disease and we have built our systems to handle it. That's three weeks very well spent, if you ask me.