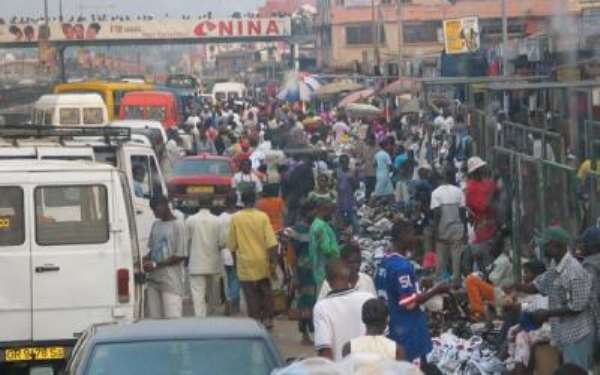 A member of the NDC Covid-19 team Dr Vida Yarkong is of the view that the call by President Akufo-Addo for Ghanaians to be self-disciplined as he lifts the lockdown of Greater Accra and Greater Kumasi remains a struggle.

In her opinion, self-discipline has been a problem in controlling the spread of the novel coronavirus throughout the crisis.

The President yesterday April 19 lifted the 3-week lockdown on Greater Accra and Kumasi, with effect from Monday, April 20.

Addressing the Nation the President, however, stated all other social distancing measures are still in place. Churches, Schools both Public and Private, will still remain shut.

However, Dr Yarkong who has a PhD in Interdisciplinary Medicine thinks that education through traditional leaders and community leaders will be key in ensuring guideline are followed.

She made her reservations known as she aired her view on the lockdown lifting with Francis Abban on the Morning Starr Monday.

She said “self-discipline I believe is a personal thing and I think that has been the struggle throughout the period of this crisis that we have been looking at. We know that in this country self-discipline is problematic.”

“It’s not entirely their fault. If you look at how the food was being distributed in some of the localities where people were locked up, one is not sure if he is going to get the food after the next person or not and so everybody is running to get their share.”

She added: “if there was a way that created confidence that ‘yes’ wherever I am, I’m going to get my food, we won’t have that indiscipline or lack of self-discipline.”

“Washing of hands being one of the strategies, do we have enough water that everybody to be able to use it the way we are asking them to use it.”

She however advised that “we need to continue with the education, and we need to empower everyone around the country and do more engagement with traditional facets to be able to get them buy-in and help their people do this. We will have to do proper community engagement”.

Dr Yarkong noted that government incorporated some of the NDC’s Covid-19 recommendation, even though some other critical ones were not considered.