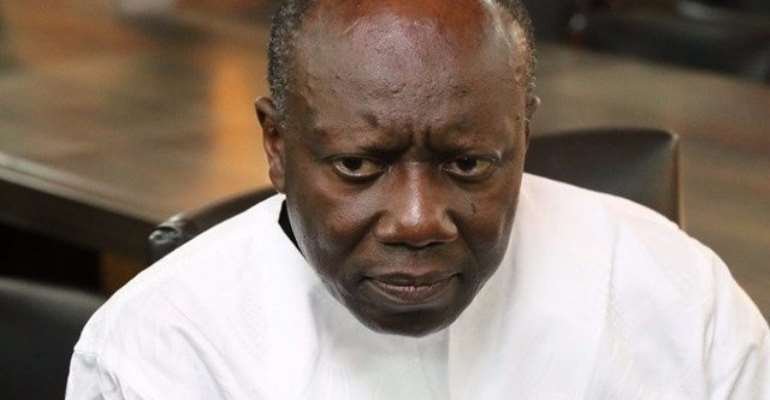 The downgrade of the Ghanaian economy is purely due to the COVID-19 pandemic which has affected the fiscal economy as a result of the significant decrease in tax revenue as well as a systemic risk which the rating agency said has increased.

Moody's had changed Ghana's sovereign ratings from stable to positive only in January this year.

Moody’s also concurrently affirmed the local and foreign currency senior unsecured MTN ratings at (P)B3 and the rating of the bond enhanced by a partial guarantee from the International Development Association (IDA, Aaa stable) at B1.

“The decision to change the outlook to negative reflects the rising risks, ultimately emanating from the coronavirus outbreak to Ghana’s funding and debt service, with financing beyond immediate official creditor emergency support looking increasingly vulnerable”, it said in a report.

The outbreak has caused an unprecedented shock across a wide range of global sectors, markets and regions.

Moody’s views it as a social risk under its ESG framework, given the implications for public health and safety and, indirectly, sovereigns’ economic and fiscal strength.

Ghana is particularly vulnerable to these shocks, due to high reliance on external financing both in local and in foreign currency, and very weak debt affordability.

However, while financing pressures are rising, they are not yet acute, and Ghana has emerging strengths that were previously reflected in the positive outlook assigned in January this year.

The affirmation of the B3 rating balances rising financing pressures and longstanding weaknesses relating, for example, to high debt and revenue underperformance, against those positive features exemplified in a return to primary surpluses and smoothing of the debt maturity profile, an improving — albeit still fragile – current account position, and the restoration of power supply and renewed infrastructure investment.

If Ghana passes through the crisis with a contained weakening in debt, liquidity and external metrics, those growing underlying strengths could be expected to dominate the profile once again.

With estimated gross borrowing needs of 15-20% of GDP, Ghana is acutely exposed to the tightening of external and domestic funding conditions in the wake of the coronavirus outbreak.

Widening risk premia and a sharp decline in revenue collection this year — including via lower oil revenues — imply a decline in already low debt affordability as measured by interest/revenue that Moody’s estimates will exceed 40% starting 2020.

In order to ease the interest burden, the government is considering deferring interest payments on non-marketable instruments held by the Bank of Ghana. Although this will help ease debt-affordability challenges at the margin, it highlights the mounting liquidity challenges facing the government in meeting its debt service obligations, the more so the longer the shock persists.

Financing pressures are rising, although they are not yet acute. The $3 billion Eurobond (4.6% of GDP) issuance in January and the $1 billion (1.5% of GDP) disbursement under the IMF’s Rapid Credit Facility (RCF) have provided an important external funding backstop for this year.

However, the balance of payment pressures created by a wider current account deficit (projected at 4.5% of GDP in 2020) and by anticipated capital outflows from non-resident investors in the local currency market will weigh on net international reserves and on the stability of the currency with direct repercussions for government debt dynamics.

Amid financing beyond immediate official creditor emergency support and the drawdown of oil saving funds is looking increasingly vulnerable.

Though it is not Moody’s current expectation, indications that Ghana’s government was likely to participate in debt relief initiatives which the rating agency concluded were likely to entail losses for private-sector creditors would be negative for the rating.

Additionally, the materialisation of contingent liabilities in the energy sector from “take or pay” contracts with energy producers extending until 2023 will add to funding needs in foreign currency, depending on oil price developments.

Whereas stability in the nation’s power supply has been restored, according to the government’s Energy Sector Recovery Program (ESRP), in a scenario where these contracts are not renegotiated the government faces annual costs of between $1.6 billion (2.3% of GDP) and $2.6 billion (3% of GDP) from 2020-23 which, added to outstanding energy sector arrears of $2.7 billion (or 4.1% of GDP) at the end of 2018 could sum to around $12.5 billion, or about 14% of GDP by 2023.

Moody’s' debt projections include an assumption that these contingent liabilities add an additional 2% of GDP annually, implying a further increase in the debt ratio to close to 70% of GDP in 2020 from 64% in 2019.

It said how far and for how long the debt/GDP ratio rises will depend, in part, on the government’s success in restoring a fiscal surplus position in 2021, in preserving exchange rate stability and in renegotiating energy sector contracts.

The rationale for affirming the B3 rating
The decision to affirm the B3 rating balances rising debt level and affordability challenges including a track record of revenue target underperformance and exposure to international capital flow reversals, against a number of emerging improvements which were previously reflected in the positive outlook.

In recent years, Ghana has seen a number of positive developments in key credit features, which partly reflect the institutional and fiscal reforms implemented under the four-year IMF program that was completed in April 2019. These have supported a return to sustained strong economic growth at around 5% on average, including the development of domestic hydrocarbon resources and the prospect of sustained non-oil growth driven by the restoration of power supply and renewed infrastructure investment.

Key fiscal reforms have included the Public Financial Management Act (2016) which has improved fiscal governance and the Fiscal Responsibility Law (2018) requiring adherence to an overall fiscal deficit ceiling of 5% of GDP and a primary surplus, except under crisis conditions. These facilitated a return to primary surpluses prior to the outbreak of the pandemic, and the continued smoothing of the debt maturity profile that has shifted the next Eurobond maturity to 2026.

Taken together, these developments suggest active and increasingly effective policymaking. This provides a measure of confidence in policymakers’ ability to respond to shocks such as the coronavirus outbreak and potential shocks to economic and financial stability over the medium term.

If Ghana passes through the crisis with a contained weakening in debt, liquidity and external metrics, those growing underlying strengths could be expected to reemerge.

Environmental social and governance considerations
Environmental considerations are material for Ghana. The cocoa sector is a large contributor to GDP and to exports and remains an important source of employment. The weight of the agricultural sector exposes the economy to weather-related disruptions and (over the longer term) the effects of climate change.

Social considerations are not generally material for Ghana’s credit profile.

The country’s improved development indicators over time have supported a relatively peaceful and democratic political backdrop, as reflected in our low assessment of political risk. At this stage, Moody’s views the coronavirus outbreak as a social risk under its ESG framework, given the substantial implications for public health and safety. For Ghana, the shock mainly materialises through a sharp tightening in financing conditions.

Governance considerations are material for Ghana’s credit profile. As previously noted, the B3 rating partly reflects remaining institutional challenges within the policymaking apparatus.

Moody’s would likely change the outlook to stable if the rating agency were to conclude that financing pressures were abating, either from increasing evidence that the government is able to limit the increase in its funding needs or confidence it will be able to secure sufficient funding at moderate costs.

Over the medium term, a stabilisation and reduction in the debt ratio would ease refinancing risks and support an improvement in debt affordability metrics. The implementation of measures that arrested the rise in the direct and contingent debt burden and gave confidence that the burden would fall would also support a return of the outlook to stable. Ultimately, as the current pressures dissipate, the positive drivers of the rating identified in the action in January could be expected to reemerge.

A further weakening in debt affordability amid persisting refinancing risks would indicate a fundamental deterioration in the government’s debt service capacity that would likely be consistent with a lower rating.

Though not Moody’s current expectation, indications that the government was likely to participate in relief initiatives which Moody’s concluded were likely to entail losses for private-sector creditors would be negative for the rating.

External debt/GDP: 35.6% (2018 Actual)
Economic resiliency: ba2
Default history: No default events (on bonds or loans) have been recorded since 1983.

On 15 April 2020, a rating committee was called to discuss the rating of the Government of Ghana.

The main points raised during the discussion were:
The issuer’s economic fundamentals, including its economic strength, have not materially changed.

The issuer’s institutions and governance strength, have not materially changed.

The issuer’s governance and/or management, have not materially changed.

The issuer’s fiscal or financial strength, including its debt profile, has materially decreased.

The systemic risk in which the issuer operates has materially increased.