Towards A Zombie Apocalypse: A Red Carpet For COVID-19 In Ghana? 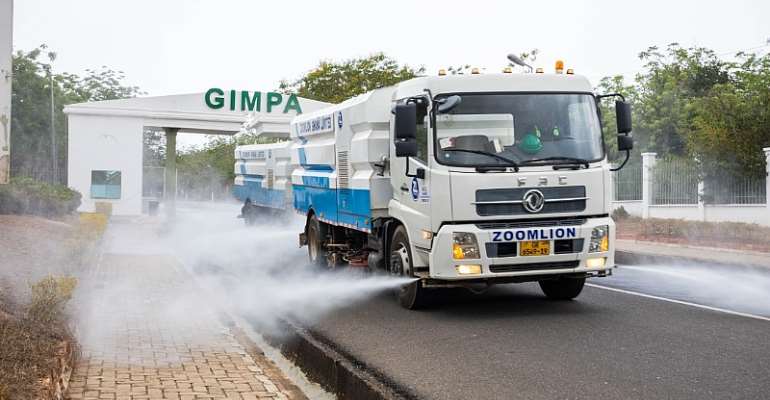 Ghana’s fight against the #COVID19 has taken a nosedive with the President rolling out a red carpet for the global pandemic by lifting a partial lockdown after only three weeks of ineffective implementation that has seen spiraling positive cases.

After an initial two weeks lockdown period in only two cities of Accra and Kumasi, the country saw the number of positive infections rise to a little below 400 people in about 4 regions.

This prompted the President to extend the partial lockdown by another one week, a move that many thought was insufficient without widespread tracing, testing, isolation, and treatment.

The three-week partial lockdown in only two cities was largely seen to be ineffective because the number of cases continued to rise and the spread became more widely distributed to the rest of the country.

Food distribution by government agencies, private organizations, and individuals to socially and economically vulnerable people also left much to be desired as crowds of people swamped lorries and food centers to scramble for food and thereby increasing the potential for the spread of the virus.

Unsurprisingly, within one week, the number of positive cases has doubled in Ghana. As I write, the figure is 1042. With such a rocket speed of spread, who will expect the leader of the country to ease the fight against the virus?

But Alas! Our President who claims to be guided by scientific data and the advice of the experts decided that there is no need for even a partial lockdown, not even in the hotspots.

“The data does not support a total lockdown at this point. However, we have enough data that shows geographic hotspots. These hotspots need to be locked down and testing aggressively done to isolate infected cases nationwide. This is therefore not the right time to ease lockdown in Accra or any other hotspots for that matter.”

Would you rather believe Professor Binka or President Akufo Addo on this matter?

Does the President consult disease experts or political experts in taking his decisions? His consultants definitely do not include the top Ghanaian medical experts in the area of public health otherwise he would not take these kinds of decisions at this crucial point in time against expert advice.

As one commentator put it, “the President’s science May just be right - if it were political science”.

Yes, many people are justified to now believe that the President is more concerned about his future political fortunes than public health. The intention of the Electoral Commission and the national identification authority to carry out public registration exercises against all odds - both of which are linked to December’s elections -are undermined by any form of lockdown.

And with these institutions and their intentions having solid support from the President, this illogical decision to end the lockdown in the midsts of spiraling numbers of infected cases throughout the country, has given credence to the notion that this President, rather than employing a public interest led bio-defense strategy to fight against COVID19, is rather rolling out a red carpet for the virus to spread - gambling in the process with the public health consequences - for political expediency.

If that be the case, against the expert advice (like the one coming from Professor Fred Binka) the President may have miscalculated big time.

Of course, his surrogates will not agree. They insist the rest of us don’t know better than the President. They blindly follow the President’s decisions. Yes, maybe we don’t. But our President certainly does not know better than the public health experts who are speaking out against his ill-informed decision to ease the partial lockdown. The blind leading the blind is not an advisable course of action.

At this point in time, guided by the view of Professor Fred Binka and other top Ghanaian public health officials, we must all be afraid of the direction we are heading with COVID19 in Ghana.

There is no doubt in my mind that we are heading towards an imminent apocalyptic scenario - unless we-the-people take matters into our own hands.

But how can the people help ourselves at this crucial time when most of us are zombies who will rather face the apocalypse with a blind leader than use our common sense?