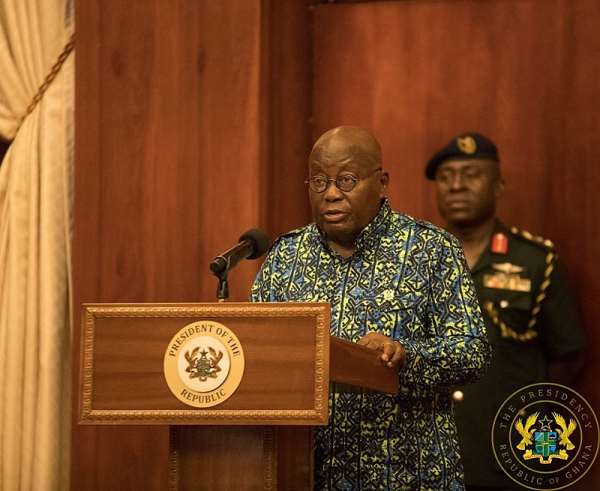 I'm beginning to believe what Melinda Gates said a couple of days ago that Africa should be expecting more dead bodies in the subsequent days. I think here we're today with that prophecy manifesting.

This is when I begin to believe the real difference between a politician and a true leader. Politicians are so much concerned about winning the next general elections than saving lives of precious souls of the nation.

Now has he prioritised the economy over the people? Most of us have been crippled mentally by politics that we keep on giving them the yes after they've even taken us for granted.

The news didn't come as a surprise to me because even at this critical moment we spent almost 1.4 million cedis on a rubbish virtual concert. To our leaders who are the manager's of the nation's coffers, where is the 655 million dollars that got missing at GNPC last year?

A country with less than 30 million populace with more than 150 ministers, yet these heads can't provide us with any better solution, all they know is borrowing and spending it among themselves.

To those whose work is to advise the President and in critical moments, including this Novel Covid-19, have done a great disservice to the state. With this, I can say the President of the Republic has been misled.

Premature emission has set in. Things have fallen and will continue to fall apart if this is not redirected. The President got it right, back in the days, but not this time around. The hammer missed the nail, the lense was off....not a short on target.

Now, the interest has geared towards the economy, and some political fortunes, leaving behind the lives they promised to protect and defend. Mother Ghana is not in a good position.

They have signed the death warrants of the people they claimed to be protecting.

You giving us some freebies doesn't mean we are now immune to the deadly disease.

Some WHO protocols have been breached, and truly, principles and measures have been ignored. And I ask, is it because of the General Election...? Or to pave way for some political "apparatchiks", who don't have the nation at heart.

To National Identification Authority and the Electoral commission, you better get things clear and stop that unproductive compilation. These books, can't bring back lives that the state will lose in the near future. We should be interested in how we can fight this deadly disease, than even the economy.

The Economy, will one day survive...and what about the thousands of people who will lose their lives...? It's better for us to think now!! or forget it.

None of us is safe in this time of extreme crisis. Remember your life is in your hands now, you can choose to go out or stay indoors.

Remember, you're an asset to humanity. let's stay home and maintain a healthy lifestyle.