A Tale Of The President, The Economy, Coronavirus And The People 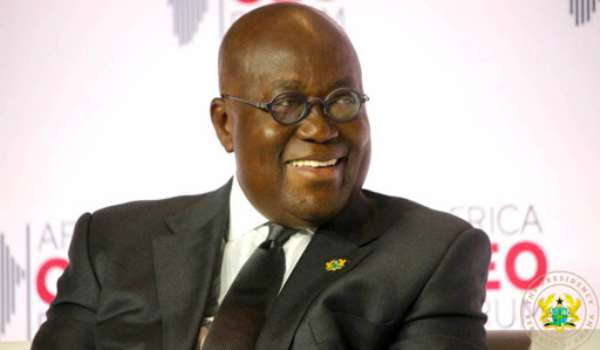 A story was once told about a man, his son, a donkey, and his county. The man and his son embark on a journey with a donkey. The man trails the donkey while his son sits on it. The people say the man is pampering his son.

The man sits on the donkey, leaving his son to walk alongside. The people say the man is wicked, does he not see the boy is tired already?

Painstakingly, the man carries the donkey across his nape on the shoulders while his son walks along with him. The people called him a fool. Don't people travel on donkeys? They sneer at him.

The man is at his wits' end. He gets fed-up with the wagging tongues. So, he throws the donkey into a ditch and he snatches his son by his hand and they continue their trip on foot.

At this moment, the people, the armchair critics are shocked by this decision and begin to argue among themselves, what could have been the right thing to do?

Indeed, the president together with the economy was embarking on a trip with coronavirus and the people, the citizens have a lot of advice for him.

If you ask me, I think the president, H.E Nana Akuffo Addo has taken the wisest decision. The decision can best be likened to the decision of a wicked stepmother who would neither starve the child nor feed them to satisfaction. In either case, the child has been fed anyway.

Unlike his predecessor, Ex-President John Mahama who continued to invest in infrastructure (which was projected to translate into huge economic benefits in the long run anyway) at the expense of the wailing hungry Ghanaians, Nana Addo foresaw that, if he extended the partial lockdown for another week or two, he would become unpopular among Ghanaians albeit trying to fight the disease. Mind you, this is an election year!

In situations suchlike this, sometimes it is better you allow the child to learn the lesson the hard way. Indeed, we still have to doubting Thomas's who would like to see trucks carting dead bodies for mass burial before they believe there is a deadly coronavirus out there.

But also, we see the homeless, the destitute, the vulnerable, jobless people and all these other people wanting their needs met by the President. Sometimes not doing anything at all can bring a lot more change. To some, lifting the ban on lockdown at the time the cases has risen into thousand could mean not doing anything at all, or in fact, worsening the situation. Others would say the President has taken a bold decision, he has done something worthwhile; he has killed the hunger virus.

To those of us who think lifting the ban is another hurray moment, let's be careful. It is bait. The president has lifted his enormous responsibility off his head and put it on us like a crown. And now we wear the crown; it glitters but it is also very heavy.

Wearing the crown means if you contract Covid-19 today, it is you who 'caused' it and not the President. So take responsibility for yourself, your life, your own life. Just as the referee would tell the boxers before a boxing fight begins, 'Protect yourself at all times' I am edging us all to take similar caution.