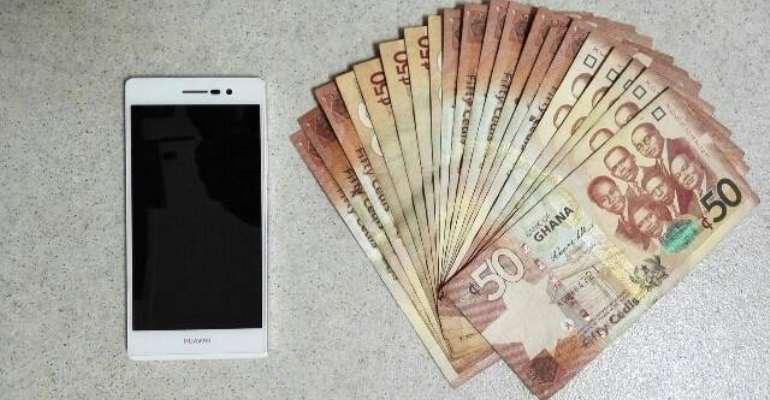 Businessman and philanthropist, Alhaji Seidu Agongo, is supporting widows, single mothers and other underprivileged persons with mobile money transfers to cope with the financial challenges of the novel Coronavirus disease.

His intervention has since benefited more than 4,600 widows, single mothers and other less privileged people in the Greater Accra and Ashanti Regions since it was launched in early April.

Alhaji Agongo, who said helping the poor makes him feel human, explained that although his initial target was to support 600 people through the intervention, he had since revised the figure upwards after noticing that many people were going through financial difficulties as a result of the partial lockdown.

He said he reached this conclusion after the radio stations that were advertising the support scheme were inundated with calls far beyond the numbers that wrre projected.

As a result, he said he was now hoping to support about 10,000 people with funds to help alleviate the suffering that the COVID-19 was having on them.

He said the support programme was christened the CMG Momo for Lockdown and being implemented in association with the Class Media Group (CMG), which he owns.

He said people who were disadvantaged were encouraged to call telephone numbers advertised on the group's 10 radio stations, a television station and an online portal in Accra, Kumasi, Tamale, Takoradi and Ho to give their personal and mobile money details and their economic conditions.

He said a group of people would then vet the information and those found to be authentic would be sent the money.

He said the amount sent to beneficiaries varied from person to person, taking into consideration the individual's situation and the number of children, among others.

So far, Alhaji Agongo said the initiative had been smooth with beneficiaries calling to confirm receipt of their funds.

Explaining why he chose to undertake cash transfers to the vulnerable, he said the financial support enabled the beneficiaries to decide how to spend the money.

He said while it was true that the lockdown had made it difficult for people to access food, essential commodities such as medicine and other products and services were still needed hence the decision to support people with money to access such stuff.

He said although he was passionate about supporting people, he was more inclined to helping women, children and the disabled due to their vulnerable nature in society.

In 2018, Alhaji Agongo built a GH¢870,000 block for the Child Emergency Unit of the Korle Bu Teaching Hospital.

He also takes care of the education needs of hundreds of children throughout the country.

The businessman and philanthropist said he was hopeful that such support would make impacts in the lives of people.

“What matters in life is the impact you make in peoples' lives. Different people are making impact in different ways but everybody and his choice; mine choice is the widows, the single mothers, the underprivileged children and also to create employment,” he said.

He said he also saw philanthropy as a way to share the blessings of God with those in need.

“Islam teaches about giving but I go beyond Islam.”

“What I believe is that life has realities and be it the Bible or the Quran, the holy books tell us that you will be judged according to your own deeds.

Alhaji Agongo was the significant shareholder of the Heritage Bank Limited, which was collapsed in 2019.