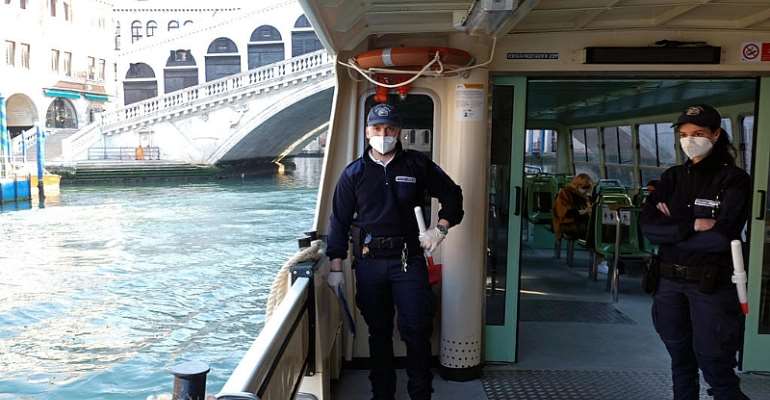 Patience among Italians is running out. It has now been two months since the outbreak began and despite fears that the virus is still circulating, particularly in the northern regions of Italy, people feel they need to return to work and regain some normalcy to their lives.

The crisis has left an estimated half of the country's working population is in need of government support. Italian industries and companies are desperate to resume their activities.

Prime Minister Giuseppe Conte said the government is studying the gradual re-opening, referred to as Phase Two, but warned against re-starting too early and kept the deadline for the end of the nationwide lockdown to May 3rd.

'Absolutely too soon'
Walter Ricciardi, a member of the executive committee of the World Health Organization and a consultant to the health ministry was clear: “It's absolutely too soon, the numbers in some regions show they are still fully in Phase One, which must end first. It's absolutely important not to speed up and continue”.

In the meantime, task forces have been set up to study what the best way forward will be in the various sectors and regions.

Numbers fall
The number of deaths from coronavirus and the number of newly infected has been steadily declining in Italy. The death toll stands at over 23,000, the second highest after the United States, and confirmed cases in the country at close to 180,000.

The number of people needing intensive care has also steadily declined to the point that the Niguarda hospital in Milan that had five intensive care units at the height of the outbreak closed one of them over the weekend, a sign that things are clearly improving even in the north of the country.

Because of the existing differences in number in the country, among the options on the table is the re-opening of businesses at different times in the various regions. “We can reason on the regionalization of openings: in the areas with a lower number of positive people it is easier to evaluate the chain of contacts”, said Stefano Patuanelli, Italy's Minister of Economic Development.

Regions like Veneto have begun mass region-wide serology tests to prepare workers to return to their jobs in safety. The main concern is to avoid new infections that could lead to a renewed crisis which authorities say must be avoided at all costs.

Across the country, the government has allowed some businesses to re-open including stationary stores, dry-cleaners and children's stores. In Rome, bookstores were opening Monday after they spent a week re-organizing and sanitizing their spaces.

The rules are the same for all: everyone entering must wear a protective mask and gloves and use disinfectant available at the entrance. Customers are allowed in one at the time, social distancing must be kept and no lingering inside. And, the bookstores' owners must sanitize their spaces twice a day.