COVID-19: GUTA Happy Over Suspension Of Charges On Uncleared Cargo 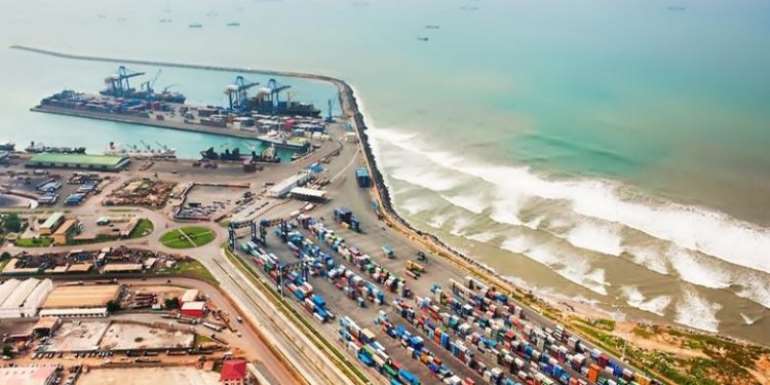 The Ghana Ports and Habours Authority (GPHA) has suspended all applicable charges that were initially imposed on uncleared goods from the ports during the lockdown period.

The Authority had earlier announced that it had begun expediting the clearance process for all port users to clear their goods from the various sea ports.

It also raised charges on goods which clients delayed in coming for; a development the Ghana Union of Traders Association (GUTA) kicked against.

Meanwhile, in a recent statement, the Authority says that it has directed for “the suspension of all applicable charges, ie, demurrage/detention and storage rent charges on cargo which have remained uncleared since the lockdown came into effect on 30th March, 2020.”

According to GPHA, “the directive is to ensure that shippers and other stakeholders do not take actions that may jeopardize government’s efforts at curbing the spread of the virus on the basis of averting the accumulation of costs in the clearance of their cargos.”

GPHA in the statement explained that it took the decision in order not to jeopardize the fight against COVID-19 in the country.

“While some peculiar circumstances have prevented some shippers from clearing their cargo from the ports, others have also encountered some challenges in the process. The effect of these developments and the far-reaching consequences on the shipping public, may altogether defeat the fight against COVID-19.”

GPHA further noted that the ports are still in business.

GUTA elated over suspension of charges

Meanwhile, the Ghana Union of Traders Association, the group that raised concerns over the demurrage payments and the directive for the clearance of goods during the lockdown is excited over the suspension of the charges.

“It is gratifying that the Minister for Transport has moved swiftly directing the Ghana Shippers Authority to communicate to all relevant stakeholders to suspend all charges ie demurrage and rent charges on all cargo that are uncleared during the lockdown period. This will ensure that everyone complies with government directives during this lockdown period. Guta will like to thank Government, the Minister for Transport and our sector Minister for Trade and Industry for the swift response to our demand,” GUTA expressed in a statement.

A/R: Pregnant woman allegedly stabbed to death by husband at...
4 minutes ago