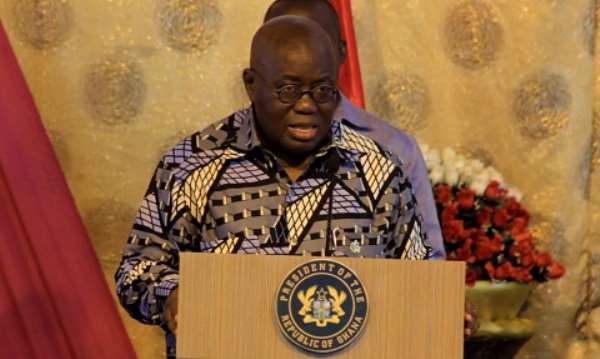 President Akufo-Addo has cautioned Ghanaians to desist from spreading fake news about the novel Coronavirus.

Addressing the nation in a televised broadcast, the President described persons involved in the spreading of fake news as unpatriotic citizens who intend to benefit from the pandemic.

He said such persons will be held accountable if they fail to put an end to their actions.

“Firstly, there continues to be the deliberate dissemination of fake news, disinformation and outright lies by some unpatriotic citizens about the spread of the virus since its outbreak in the country. These acts are being orchestrated by those who hope to benefit by seeking to sow the seeds of panic and confusion amongst the populace at this time of national crisis. I have an unequivocal message for those involved in these despicable acts put an immediate stop to it, or be held accountable for your actions,” President Akufo-Addo said.

The President also urged the general public to stop stigmatizing recovered persons as it will rather drive people away from getting screened, tested and treated.

“Secondly, as has been aptly stated by the Ghana Medical Association, being infected by the Coronavirus is not necessarily a death sentence. I have noticed, with great concern, the stories of some persons, who have recovered from the virus, now being confronted with another problem, i.e. stigmatization. This is not right, as it will rather drive people away from getting screened, tested and treated. The stigmatization of recovered persons must stop, because if the virus did not end their lives and livelihoods, the stigma from members of their communities should not,” he added.