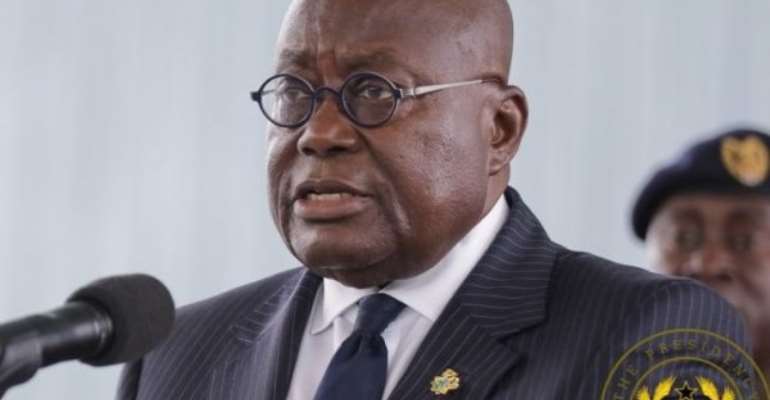 In a national televised address, President Akufo-Addo indicated that 930 persons who had been isolated were responding to treatment either in their homes or in treatment facilities, and that they would later undergo the mandatory two tests to determine their status.

He attributed the reason for the increase in the number of confirmed cases over the last three weeks, to the decision taken by the government and the health authorities to aggressively trace and test all contacts of infected persons.

This, he said, had enabled the authorities to identify and isolate infected persons, protect the population from further infections, and better contain the spread of the virus.

Ghana has since its first two record cases of COVID-19 infections on its shores, traced a total of 86,000 contacts, and tested samples of 68,591, leaving a backlog of about 18,000 persons whose test results are yet to be received.

The West African country's success rate also made her the only other country in Africa to have conducted more than 60,000 tests, and "we are ranked number one in Africa in administering of tests per million people.

The President stated that the decision by the government to impose restrictions on movement was backed by the data at hand, and that it's next course of action, again, was backed by the statistics available as well as science.

"Indeed all that the government is doing is intended to achieve five key objectives-limit and stop the importation of the virus; contain it's spread; provide adequate care for the sick; limit the impact of the virus on social and economic life; and inspire the expansion of our domestic capability and deepen our self reliance," he said.

He however urged the public not to be complacent about the country's efforts and achievements so far in containing the community spread of the virus to a large extent.

He said the numbers of confirmed cases of COVID-19 would still go up due to the effective contact tracing which was still actively on-going in all the other areas across the country.

The President encouraged the public to continue to adhere to all the safety and hygiene protocols, especially maintaining social distancing of at least two meters, regular handwashing with soap under running water, or use of alcohol-based hand sanitiser, having good nutrition, exercising and avoiding stress.

More Headlines
ModernGhana Links
Contracts for 27 Mahama E-blocks terminated
You have no authority to banish, kill anyone for being gay; it's illegal, undemocratic – Group to traditional rulers
'Withdraw hate-filled anti-LGBTQ+ bill fast fast' – Amnesty International
We are dismayed at CHRAJ, NCCE’s loud silence on anti-LGBTQ+ bill, attacks; do the right thing – Akoto Ampaw, others
Bawumia to speak on digital economy on November 2
Construct your own roads if you can build GHS5m mansions; stop putting pressure on government – Botwe to developers
No energy to solve health issues but you say no delay to pass anti-LGBTQI bill – Group tackles Bagbin
Akufo-Addo cuts sod for US$24.8 million housing project for troops; presents 50 vehicles to army
Bagbin summons police to privileges committee over harassment of Madina MP
TOP STORIES