Who would fit into those shoes? 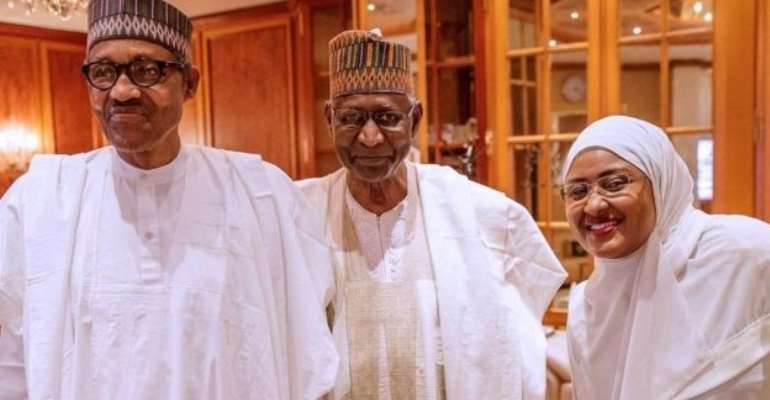 The Nigerian President’s Chief of Staff, Abba Kyari, died on Friday, 17 April 2020 from Covid-19 infection. The presidency confirmed his death on Saturday, making him the most high profile government official in the country to die in the pandemic outbreak. That same Saturday, the Guardian of London carried the news alongside Nigerian and international media that Covid-19 had moved closer to the heart of government in Nigeria after the key official of President Buhari’s kitchen cabinet bowed to the dangerous pandemic which British Prime Minister, Boris Johnson, described as ‘the invisible killer’. Presidential spokesman, Femi Adesina, confirmed Kyari’s death on Twitter.

Abba Kyari was a controversial aide and Chief of Staff to President Muhammadu Buhari and undoubtedly one of the most powerful men in Nigeria in whom the President trusted implicitly. He was only in his late 60s.

Following his death, observers suggested that African countries were inadequately prepared for an outbreak of the pandemic. Ten countries had no ventilators at all, according to the New York Times. But many Africans knew there were local herbs that could insulate them from the virus infection. And they were determined to deal with the pandemic the African way. So, when the Chief of Staff to the President fell to the pandemic’s deadly blow, many Nigerians raised their eye brows in disbelief. The fact, according to Reuters, was that Kyari had underlying health conditions which included diabetes.

Strange as it seemed, many Nigerian people didn’t actually know Abba Kyari for who he was. Many knew him simply as a powerful man, the decision maker for Buhari and perhaps one whose family frequently had misunderstandings with the President’s wife. But not many knew about his academic and intellectual background. If they had, perhaps they wouldn’t have been so bitter with him. Their criticism of his actions and inactions would have taken a completely different slant. Perhaps they would have encouraged him to use his vast experience to persuade the President to, as we would say in those days in the newspaper industry, “put Nigeria on the map of the world”.

Abba Kyari was born in Borno State on 23 September 1952 to a Kanuri family. He attended St. Paul’s College in Wusasa. For a while, he considered joining the Nigerian Army on the advice of his friend, Muhammadu Buhari’s cousin, Mamman Daura. Through Daura, he met General Buhari in 1976. Buhari was then Governor of Borno State. But, it appeared Kyari decided against settling for the army and instead went back to university.

Kyari worked for the law firm Fani-Kayode and Sowemimo for a while after he returned to Nigeria. From 1988 to 1990, he was an Editor with the New Africa Holdings Limited, Kaduna. In 1990, he served as Commissioner for Forestry and Animal Resources in Borno State. From 1990 to 1995, Kyari was Secretary to the Board of African International Bank Limited, a subsidiary of Bank of Credit and Commerce International.

Kyari was an Executive Director in charge of Management Services at the United Bank for Africa, and was later appointed the Chief Executive Officer. In 2002, he was appointed a Board Director at Unilever Nigeria, and later served on the Board of Exxon Mobil Nigeria. So, he had already climbed the ladder to a high pedestal when in August 2015, Kyari was appointed Chief of Staff to President Muhammadu Buhari.

An influential technocrat within the Buhari administration, Kyari was seen as one of the dominant figures in the tightly knit group of advisers surrounding the President, always referred to as “the cabal”. He was the only one that controlled access to the president, overseeing key meetings and granting audiences.

During the administration's first term, he was known to have worked mainly behind the screen to implement the President's agenda. In 2019, after Buhari was re-elected for a second term, he ordered his cabinet members to channel all requests through Kyari's office. Further enhancing his influence within government circles, and defined as the “de facto head of state”, Kyari’s appointment practically made him the most powerful politician in Nigeria after the President.

But many Nigerians did not like him. The first reason was the fact that they believed the President gave him too much power. How could one man wield such enormous powers even over and above federal ministers? In 2017, following a leaked memo, Kyari became enmeshed in a public controversy with Head of the Civil Service, who was later relieved from office and arrested.

Another leaked memo had Babagana Monguno the National Security Adviser accuse Kyari of meddling in matters of national security in 2020. And then, there was the point that the President’s very vocal wife, Aisha, who was much loved by a majority of Nigerians across all the states often complained that it was Kyari and not her husband that was running affairs in the country. Because so many Nigerians loved Aisha, the President’s wife so much, they saw Kyari as a bad man who wanted to make life uncomfortable for their President’s wife.

On 23 March 2020, following an official 9-day trip to Germany, Kyari was tested for Corona Virus infection, and on 24 March, it was made public that Kyari’s result tested positive for Covid-19. There were initial reports that he had been flown out of the country for treatment and Reuters later reported that he had "a history of medical complications, including diabetes". On 29 March 2020, in an official statement, Kyari announced that he was being moved from isolation in Abuja to Lagos for preventive treatment and hoped to be back at his desk very soon.

Kyari died at the age of 67 on Friday 17 April at First Cardiology Consultant Hospital, Lagos, after two weeks of testing positive for Covid-19.

Buhari's office said in a statement that it regretted to announce the passage of Abba Kyari, who acted as gatekeeper to the president of Africa's most populous nation. "The deceased had tested positive to the ravaging Covid-19, and had been receiving treatment. But he died on Friday, 17 April 2020," the statement said.

Kyari testing positive for coronavirus in late March after visiting Germany forced a string of top Nigerian officials who had been in contact with him to self-quarantine. There was no official confirmation of whether Buhari had been tested, but the President made televised speeches imposing restrictions on movements, in an attempt to curb the spread of the virus. The federal government imposed a lockdown on Lagos and the Federal Capital Territory, Abuja, while state governors implemented a number of measures in other states.

Naturally, the extension of the lockdown added to the hardship of millions of Nigerians living from hand to mouth, often on less than one pound a day were already enduring. Buhari said he was fully aware of the great difficulties experienced especially by those who earned daily wages. But despite those realities, he would not change the restrictions. The government rather pledged a series of support measures to ease the financial pain for the most vulnerable, but there were still widespread complaints that not enough was being done for those who were seriously stricken by hunger.

On his official Twitter handle, President Buhari said Mallam Abba Kyari, who died from complications caused by the coronavirus was a true Nigerian patriot. He referred to Kyari as his “loyal friend and compatriot of the last 42 years” who, as chief of staff, strove quietly and without any interest in publicity or personal gain to implement the president’s agenda. Aisha Buhari, the President’s wife, also prayed for God to forgive the shortcoming of the late Abba Kyari and grant his family the fortitude to bear the loss.

While people like Antony Goldman, head of Nigeria-focused PM Consulting described Kyari as the central figure that drove forward the government policies on agricultural reform, investment in infrastructure and power, others like Malte Liewerscheidt, Vice President of Teneo Intelligence believed that Kyari was very close to Buhari and arguably the most powerful man within the administration, noting that Kyari’s death would remove the centre of gravity from Buhari’s inner circle and might provide an opening for more reform-minded elements such as Vice President Yemi Osinbajo.

It is possible that Kyari’s death could create a potential reason for government to rethink about its strategies and policies on reforms which are at the heart of governance. Political analysts say the government’s mundane approach to governance since Buhari was elected into office in 2015 was greatly influenced by his Chief of Staff, a former executive at the United Bank for Africa. But whether that is true or not will be known at the fullness of time, when a new Chief of Staff who may or may not have a proclivity for reform has been nominated to replace Kyari.

Clement Nwankwo, Director of the Abuja-based Policy and Legal Advocacy Centre think-tank was of the opinion that Kyari’s death could be very significant because he showed “an immense ability to wield power in the context of a largely absent president. There was no evidence that the chief of staff shared that power with anyone. He was totally trusted and it isn’t clear who could fit into those shoes.