'Our lives will be nothing like before': French PM sheds light on lockdown exit 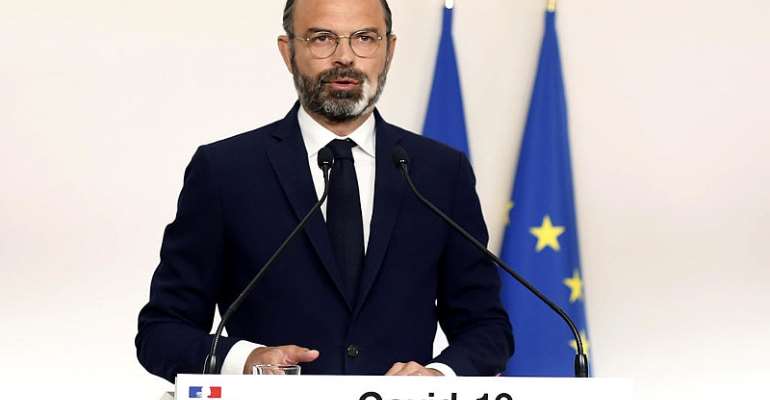 Three weeks before France begins exiting its strict lockdown, Prime Minister Edouard Philippe has offered insight into the government's strategy for getting the country up and moving again – warning that our lives after confinement "will be nothing like they were before it".

At a joint press conference Sunday alongside Health Minister Olivier Véran, public health authority boss Jérôme Salomon and infectious disease specialist Professor Florence Ader, Philippe said that while France's situation was "slowly and surely improving", the health crisis was not at an end.

"This virus is still killing people every day; people are losing parents and partners who they cannot bury with proper dignity in the manner in which they would like," Philippe said, adding that some 30,000 people were still in battling the virus in French hospitals – a considerable figure he said was causing continued stress for frontline healthcare workers.

Separately, Véran accounced that families will be able to visit loved ones in nursing homes or establishments for disabled people starting Monday. The visits, at the discretion of those in charge of the facilities, must not be made by more than two people while no physical contact will be allowed with the person being visited.

Earlier this week, the Prime Minister set out 17 action plans in an internal letter sent to a number of ministries. Véran will be in charge of “health and epidemic risk monitoring, and supporting the continued confinement of elderly and “at-risk” people. In tandem with Interior Minister Christophe Castaner, he will also oversee the implementation of new testing measures.

Education Minister Jean-Michel Blanquer, meanwhile, will take charge of the gradual reopening of schools, with economy and labour ministers Bruno Le Maire and Muriel Pénicaud to monitor the way in which companies manage the return to work of employees.

Detailed plan 'by 22 April'
Philippe has promised that a complete plan will soon respond to the countless questions surrounding precise measures to be taken concerning the reopening of schools and shops, the supply of masks and mass screening. A first draft of the action plan will be presented by 22 April.

"We have to organise our lives for the month ahead," he said, warning the health crisis had triggered an economic crisis that "has only just begun", with France to experience "its deepest recession since 1945".

In the absence of an effective treatment or cure for Covid-19, which had killed 19,718 people in France as of Sunday, authorities are putting their efforts into prevention plans that will limit its spread, and monitoring the 'deconfinement' measures being adopted in other countries.

In his third address to the nation on 13 April, President Emmanuel Macron said that France would gradually emerge from lockdown from 11 May, with the incremental reopening of nurseries, schools, colleges and high schools - but he did not specify under which terms, saying a plan would be presented “within a fortnight”.

Amid alarm stemming from a fixed date being given for the lockdown exit, Castaner on Tuesday clarified that 11 May was not “a certainty, but an objective, adding that if this goal no longer became tenable, the strategy being developed by the government would still be applicable later on.