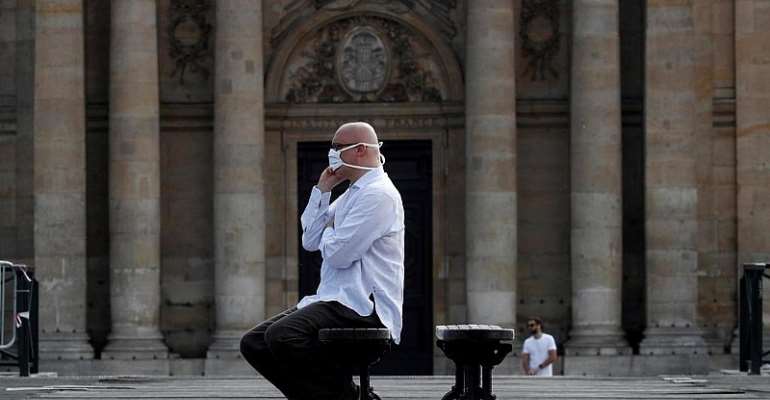 In the countdown to France's gradual reopening after eight weeks of strict coronavirus lockdown, Paris Mayor Anne Hidalgo has told French weekly Le Journal du Dimanche that masks, testing and bike routes that follow metro lines are at the heart of her plans for the capital.

All Parisians will be equipped with masks by mid-May, she says, adding that hotel rooms will be made available for people who test positive for Covid-19 but who cannot remain confined to their homes without contaminating their families.

Tests will be used extensively to better manage Paris's "deconfinement", she says, citing advice from Dr Philippe Klein, the French doctor who was at the frontlines when the epidemic began in the Chinese city of Wuhan.

So far public testing is being done at the Hôtel Dieu, where the capacity to screen 400 people per day can be ramped up to 1,000, and at the Rothschild hospital in the 19th arrondissement. Systematic screening of staff and residents is also taking place in Parisian nursing homes.

Even though the jury is out as to their reliability, the City of Paris has decided to pre-order 150,000 units, Hidalgo confirmed.

A map of Paris is being drawn up with the help of APHP hospital authorities to determine which districts are worst affected by the epidemic. The screening and confinement of these areas will aim to stop the reappearance of clusters.

In the coming days, the city of Paris and the APHP will launch operation called "Covisan”, which will open a link between hospitals and the Accord group that has offered to provide quarantine rooms near the Bichat, La Salpêtrière and Avicenne hospitals for recovering patients who cannot go home.

Hydroalcoholic gel is to be will distributed, free of charge, in public places, stadiums, swimming pools, schools and nurseries, while there are plans to install gel vending machines in the streets, at bus shelters and newspaper kiosks and at entrances to metro stops.