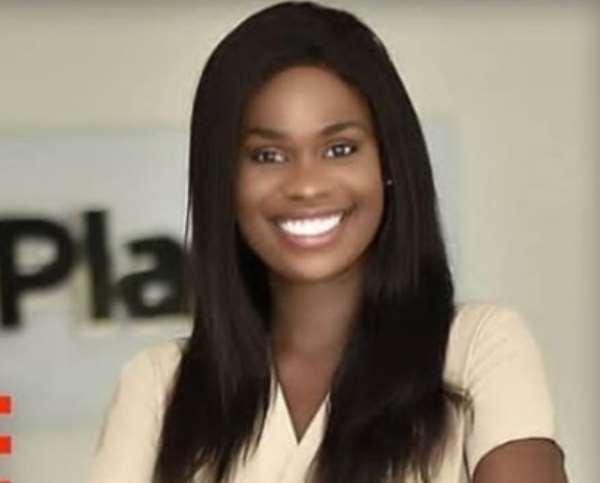 Dela who was a reporter and newscaster on GHOne's 'GHToday' morning show joins an array of on-air television talents that has departed the station over the past two years.

She joined Media General in April where she is currently a reporter and newscaster on TV3 and 3FM.

She joins Berla Mundi, Giovanni Caleb and Anita Akuffo as former EIB Network employees who are now with the Kanda-based media organisation.

Meanwhile, Angela Bamford, one of the three TV personalities who hosted the Arena show on Kwese TV, has joined GHOne TV.

Latest Photo Reports
Catch up with all the political quotes from our politicians.
Advertise here
More Social News
ModernGhana Links
Daffiama Bussie Issa District: Inter-Party Dialogue Committee sensitize stakeholders on violent extremism
We will not hesitate to proceed on strike on Monday if demands are not met – JUSAG
Treason trial: Bomb the ministry for transmission to go off — Dr. Mac Palm heard in a video/audio played in court
Kumasi: Lady denied recruitment into GNFS because of stretch marks
Assin Nsuaem chief reverse Assemblymembers' curse on Central Regional Minister, others
Gov’t determined to fight proliferation of small arms, light weapons – Ambrose Dery
Secretly report illegal connection to us, we'll reward you 6% of the surcharged amount — ECG as it deploy officers to clamp down on power theft
Volta: One month old baby boy abandoned at Akatsi
‘No vaccination, no stadium entry – GFA caution fans ahead of new GHPL season
TOP STORIES

We will not hesitate to proceed on strike on Monday if deman...
16 minutes ago

Treason trial: Bomb the ministry for transmission to go off ...
32 minutes ago