Mali set for election runoff, despite virus and jihadist threats 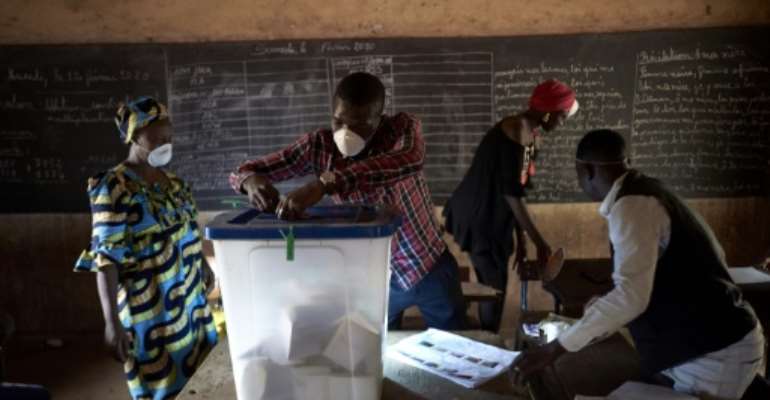 An electoral officials wore masks for the last round of voting. By MICHELE CATTANI (AFP)

Mali headed into the final round of legislative elections Sunday, aiming to revive public faith in its embattled institutions despite a bloody jihadist conflict and looming viral pandemic.

Voters in the nation of 19 million will cast their ballots in the runoff for 147 seats in the National Assembly.

The elections have been repeatedly delayed, eroding trust in institutions as the country struggles with an Islamist revolt that has claimed thousands of lives and forced hundreds of thousands from their homes.

The first round on March 29 was disrupted by jihadist attacks and intimidation, including the kidnapping of opposition leader Soumaila Cisse.

The turnout nationwide averaged 35.6 percent, but was just 12.9 percent in the capital Bamako.

The elections were meant to take place in late 2018 after Keita was returned to office but the poll was postponed several times, mainly because of security concerns.

That is the key to pushing ahead with the government's plans for peace -- it signed a deal with armed separatists in northern Mali in 2015 but the pact has largely stalled.

Mali is one of the world's most impoverished nations.

Its conflict zones and poor healthcare infrastructure place it in the category of countries that health experts say are at high risk of coronavirus.

An election-monitoring NGO warned about social distancing in Sunday's vote. Keita said "every health and security" precaution will be "rigorously applied".

The country has officially recorded 13 deaths out of more than 200 cases.