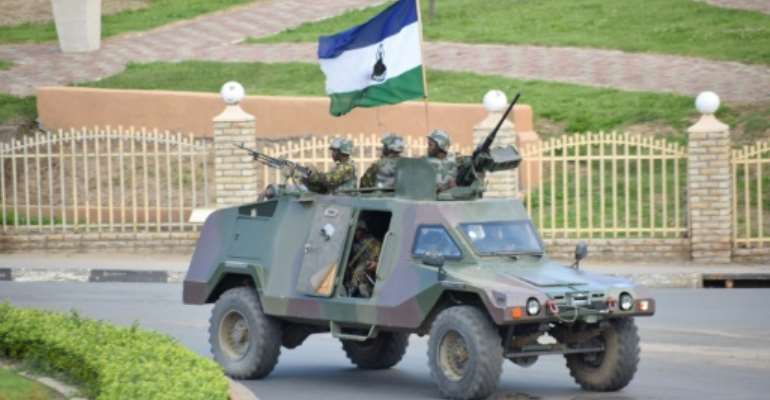 Prime Minister Thomas Thabane is under pressure to step down after police said they suspect him of having a hand in the murder of his estranged wife in 2017, a case that has thrown the country into political turmoil.

Saturday's order comes just a day after the country's constitutional court overturned a controversial decision by Thabane to suspend parliament.

In an address on public television, the 80-year-old leader said he had "deployed the army to take control of this situation and take necessary measures against these elements in alignment with the security orders and restore peace and order".

"This is to avoid putting the nation in danger," he said.

A highly placed government source said police commissioner Holomo Molibeli, his deputy Paseka Mokete and another senior police officer have been arrested by the army. 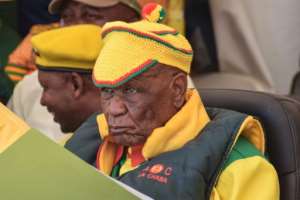 "The general informed the prime minister that he has arrested Holomo, Mokete... They are temporarily detained at Makoanyane Barracks," the source told AFP in the capital Maseru.

There was a heavy presence of armed soldiers, in bulletproof vests and helmets, patrolling the streets.

Other soldiers drove around Maseru in armoured cars.

The premier said he was "surprised" that some "institutions entrusted with maintaining order and adhering to law are busy tarnishing the very principles" of the country's stability and democracy.

He said the army would also help enforce a 24-day coronavirus lockdown in the country, which has so far not recorded a single case.

The prime minister's order is the latest twist in a saga that has gripped the southern African kingdom.

The murder accusations against Thabane came after communications records from the scene of his estranged wife's murder included the prime minister's mobile phone number.

His order deploying the army comes a day after the constitutional court set aside his decision to suspend parliament for three months. 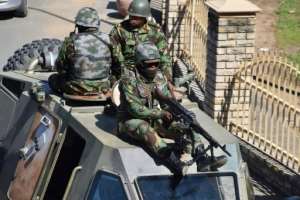 In March, Thabane imposed a three-month suspension of parliament shortly after the national assembly passed a bill barring him from calling fresh elections if he loses a no-confidence vote hanging over his head.

Last month, he ordered the security forces and intelligence service to probe his ruling All Basotho Convention (ABC) party rivals, whom he accused of plotting to topple his government.

Citing his advanced age, the prime minister had earlier this year offered to step down from office by July 31 following the accusation of his possible involvement in the murder of his then estranged wife.

He faces allegations he acted in "common purpose" in the killing of 58-year-old Lipolelo Thabane, whom he was in the process of divorcing.

His current wife Maesaiah Thabane, 43, whom he married two months after Lipolelo's death, is considered a co-conspirator in the murder case and has already been charged.

Thabane's ABC rivals are pushing for his early departure and have teamed up with opposition with the goal of forming a coalition government.

Lesotho has a long history of political turmoil.

It has been more than a decade since a prime minister served out a full five-year term in the country which is completely landlocked by South Africa.

The opposition and analysts say the prime minister is instigating stability in the country by pitting the police against the military.

"He is misusing the security forces. This is creating conflict between the army and police.

"He is the one who is destabilising peace in Lesotho," Mokhothu told AFP.

Motlamelle Kapa, a political science professor at the National University of Lesotho said Thabane "has lost control because he himself is not behaving like a PM".

"The current situation is a struggle between the police and the courts of law where they are trying to bring the executive to order and make them account for their wrongs.

"This is not the first time we see things reeling out of position when police try to call the Prime Minister to order," Kapa said.

The Sad Death Of UG Student Who Was Stabbed To Death By 'Str...
13 minutes ago