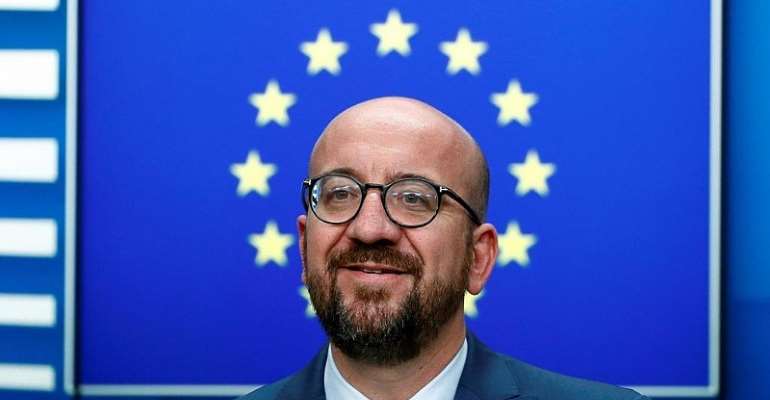 “There will be a before and an after," says the European Council President. In an interview with RFI, Charles Michel reminded that Europe developed as a result of crises – and says it will also emerge stronger from the coronavirus.

The EU is a political project, Michel told the Financial Times on Friday, declaring that if it failed to deliver to its citizens, “the populists” would win “today, tomorrow, in Italy, in Spain, perhaps in France and elsewhere”.

But Covid-19 has been messy for the EU.
Health matters are largely the concern of national governments although the bloc generously funds scientific research, which could eventually yield a vaccine.

National governments also make their own decisions about whether and when to impose and end lockdowns or re-instate border controls within the Schengen area.

The key area where the EU had a role to play was in providing financial assistance.

But as Italy struggled desperately to cope with the virus and its economic fallout, the EU bickered over how to help out financially.

The row concerned so-called coronabonds, to be issued by the European Investment Bank and shared as a mutualised debt among EU member states. The idea was unpopular with several northern EU governments, especially the Netherlands.

A variation of the bonds will be back on the table next week at an EU leaders meeting and French president Emmanuel Macron, a coronabonds champion, is raising the pressure in a bid to persuade its opponents to agree a compromise.

Douglas Webber, EU watcher and author of “European Disintegration?: The Politics of Crisis in the European Union”, observes that the coronabonds idea is now gaining ground among German politicians. He expects that if Germany agrees a compromise version, the Dutch government will drop its staunch opposition.

In the meantime, EU finance ministers have agreed a 500 billion euro stimulus package for the countries hardest-hit by the virus, allowing von der Leyen to announce on Thursday that “The true Europe is now standing up”, after she first offered Italy the EU's “heartfelt apology” for the bloc's earlier failure.

The EU's reputation in Italy certainly took “a hit” says Douglas Webber, noting that for the third time in around a decade “Italy has been one of the EU's front-line states and the EU has been slow to help if at all”.

EU states were also slow to show solidarity with their neighbours on a practical level, with many governments struggling to respond to their own citizens' needs. But by late March, there was better co operation and German hospitals took Covid-19 patients from saturated hospitals in France and Italy.

The crisis will of course affect the EU in numerous ways that are unforeseeable, but some shifts already seem likely.

Yves Bertoncini, consultant in EU affairs and director of Mouvement Européen France predicts a future EU push to become less dependent on China in strategic sectors, with the medical sector now high on the list.

To deal with the next emergency, Michel himself favours the creation of a central crisis management unit with powers to give instructions.

Italy, certainly, will hope the EU “after” does not look just like the “before”.