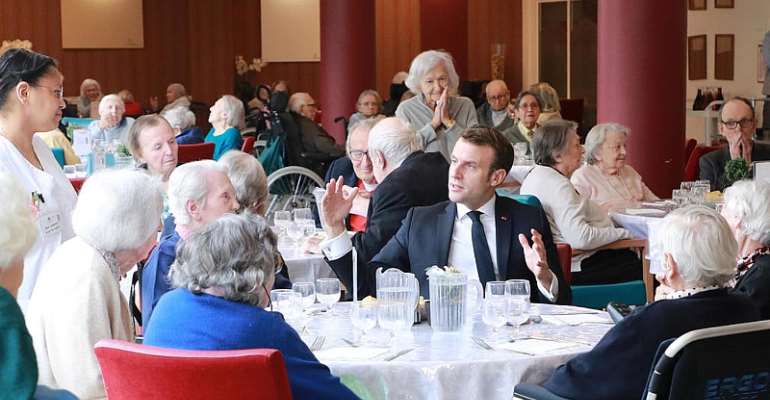 In an effort to stem growing discontent from France's senior citizens, President Emmanuel Macron has said his plan to ease strict lockdown measures does not seek to “discriminate” against older people, who face continued confinement as the rest of the country slowly reopens.

A statement from the Elysée Palace late Friday said Macron would “appeal to the individual responsibility” of citizens aged 65 and over to remain safe after France gradually resumes activity on 11 May – suggesting the government would favour “recommendations” over enforced confinement. Public freedoms were the president's priority, the Elysée added.

The clarification comes after the head of the Covid-19 Scientific Council that advises the government, Jean-François Delfraissy, on Thursday called for France's 18 million people deemed “at risk” to be kept in their homes even as the lockdown is eased.

In his address to the public on Monday extending lockdown measures for another month, Macron said “the most vulnerable, the elderly, those with severe disabilities, people with chronic diseases” would be asked to remain confined, but he did not specify whether this request would be mandatory, like the existing lockdown.

A petition against such a move – which Delfraissy said included the elderly as well as people with pre-existing health conditions including obesity – quickly gathered more than 77,000 signatures.

Meanwhile, voices from within Macron's own LaREM party warned against stigmatising and condescending to older people.

Also fuelling fears of ongoing isolation were comments by European Commission President Ursula von der Leyen, who said elderly people should have "as limited contact as possible" with others until a vaccine is developed, perhaps at the end of the year.

But reports from the national public broadcaster France Televisions said that during an internal meeting at the Elysée Friday morning, Macron argued that an extended coronavirus lockdown based on age would be "socially untenable”.

The Elysée's announcement has been welcomed by groups advocating for senior citizens and other at-risk parts of the population.

President of the League Against Cancer, Axel Kahn said the prolonged isolation of frail and elderly people and those suffering from cancer or other ailments risked “causing great physical and mental suffering” and could “lead to a loss of the will to live”.

While France has designated 11 May as the start date for the country's “reopening”, the precise measures that will allow that to happen have yet to be determined.