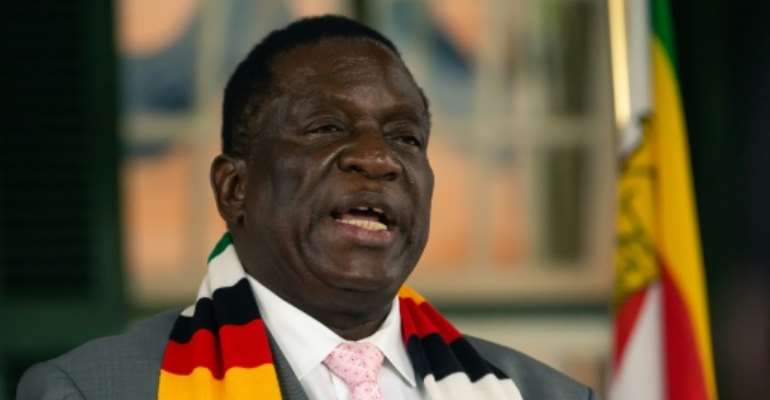 Zimbabwe on Saturday celebrated the 40th anniversary of its independence, but without the traditional pomp and nationwide rallies because of a coronavirus lockdown.

In an address on national television, President Emmerson Mnangagwa voiced optimism about containing the spread of the virus in a country that has officially reported only 24 cases.

"We celebrate our milestone 40th anniversary in the context of unprecedented times, that of the pandemic," Mnangagwa said, noting that the virus had scuttled plans to host celebrations for the first time in the second city of Bulawayo.

Zimbabwe usually commemorates its independence from British colonial rule with rallies across the country's 10 provinces with the main event held in a 60,000-seater stadium in the capital Harare.

"However, the reality of the COVID-19 pandemic is seeing us endure a necessary lockdown in our homes," Mnangagwa said, imploring Zimbabweans to stay at home, practise social-distancing and regularly wash hands.

"That way we celebrate our independence by saving lives and our economy."

Mnangagwa, who imposed a three-week lockdown which lapses on Sunday, thanked citizens and donor countries "for the collective response" in trying to fighting the pandemic.

"May this national character continue to grow and flourish," he added.

Mnangagwa said his government would not go back on controversial land reforms launched by his predecessor Robert Mugabe to seize white-owned farms for redistribution to landless blacks.

He said the land reform programme remains a fundamental "cog to our independence and sovereignty".

"The land shall remain united with the people and the people to their land. To this there is no wavering or going back. However we shall not shy away from fine-tuning our strategies to enhance land utilisation, equitable access and productivity," he said.

Meanwhile he commended the European Union for relaxing sanctions imposed on members of the ruling elite and institutions with links to the ruling ZANU-PF party.

"I implore Washington to promptly lift the illegal sanctions against us without any preconditions," Mnangagwa said.