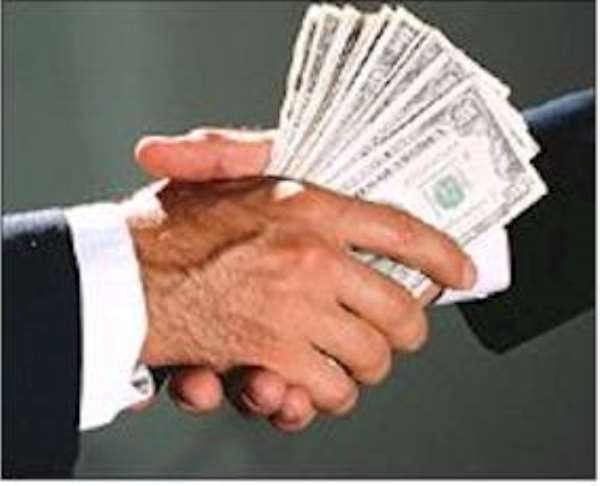 Governmental authority exists purposely to ensure state efficacy and to protect the wellbeing of citizens. It is without a doubt that the elective principle in any democratic state is there purposely to ensure that elected representatives in government are made accountable for their official acts done while in office.

THE 1992 CONSTITUTION AND IT’S SYSTEM OF ACCOUNTABILITY

The system of accountability under the 1992 constitution comes in two folds. First, it allows for citizens under Article 42 of the 1992 constitution to hold elected officials accountable for their deeds periodically in parliamentary and presidential elections. Through this lens, in a term of 4 years , citizens go to the polls to elect new officials to occupy governmental positions; parliamentary and presidential. Through this, representatives whose deeds were deemed desirable by the citizens are maintained. Those whose deeds fall below the expected metric are removed from office and newly elected representatives duly replace them.

This serves as a psychological check system on these representatives since they are made aware of the fact that , in order to continue to serve in their various official capacities, they need to commit to performing their duties diligently, in a manner that ensures the welfare of the people and meets their expectation. This form of accountability I shall refer to as the Post-act accountability. Knowing to the framers of the constitution that this system of accountability is Post-act, a second system of accountability is established. Under the second system of check, certain governmental organs, are charged with the responsibility to check and ensure efficiency and effectiveness of other organs in the performance of their responsibilities.

This often is done through procedural constitutional processes which shall be mentioned and discussed in detail in the later paragraphs. I shall denote this form of accountability as Pre-Act Accountability. Though there are numerous systems of checks and balances under the 1992 constitution, the current writer will limit itself to checks and balances of the legislative body. This is due to the fact that the system of accountability being dealt with is one founded on the elective principle, and since parliamentarians are representatives of the people, their check and balances are here indirectly deemed as those of the people

POST-ACT ACCOUNTABILITY AND ITS SEEMING INEFFECTIVENESS

Though in 5th BC in Athens , elections were deemed as an effective system under the Solonian government to ensure accountability, today its effectiveness has been limited and undermined. This is due to the fact that, the error which the election might attempt to correct would have happened before the established periods for election will be due. Thus, government officials and elected representatives can afford to commit those errors intentionally to enrich themselves. And even where they are removed from office, the harm had already been committed and their personally benefits already gained. On this tangent, elections are not adequate schemes for ensuring accountability.

In another respect, the effectiveness of the elective principle as a concept of accountability has been undermined. Though citizens continue to exercise the power to elect, political actors have devised means to bribe their way through with campaigns, lobbying etcetera into political offices. conclusively on this mode of ensuring accountability, though procedurally it is the people who are still electing people into political offices, practically , the essence of election as a means of ensuring accountability has been undermined since most people vote for particular candidates because of the branded items such as rice and other essentials received prior to election

Seeing the inadequacy of the elective principle as a scheme for ensuring accountability, modern democratic nations have put in place other systems to ensure accountability. One of the profoundest systems as seen under the 1992 constitution is the power of parliament to ratify certain acts and deeds of the executive before they are deemed legal. This power is guaranteed under Articles 75,181 & 268 of the 1992 constitution. Article 75 of the 1992 constitution deals strictly with the ratification of treaties undertaking by the executive arm of government before they attain the status of law under domestic law to be enforced.

In the case of Martin Amidu v. Waterville & others the court noted that without ratification by parliament, actions done under a treaty agreement is deemed void and amount to an illegality in law. This has ensured the prevention of government officials from entering into treaties that are obnoxious to the financial and economic state of the country. The scope of Article 181 of the 1992 was also defined in the case of Attorney General v Balkan Energy Ghana Ltd and 2 Other.

It was intimated by Date- Bah JSC that the purpose of Article 181 of the 1992 constitution is to ensure transparency and openness in financial agreements which the government enters into with international organizations. In an article written by Gbadegbe Faisal , it was stated that this article was to correct a historical lapse under the 1960 constitution. Where the then Nkrumah Government took loans with very high interest which placed the country in bad financial and economic situation.

To prevent this, Article 181 came into being, to ensure that parliamentarians who are the direct representatives of the people, have an input in the said loan or financial agreement to ensure that such agreements are not inimical to state interest. Article 268 applies to ratification of agreements that affect the natural resource of the country. In the case of John Ndebugre v. Attorney General & Another the court noted that such mineral agreements if not ratified pursuant to Article 268 & 75, are void.

The court speaking through Atuguba JSC, stated that the purpose is to ensure that the states resources are not granted without adequate beneficial interest to the citizens. The various Articles and cases as discussed above has shown without doubt, the importance of the power of parliament to ratify some acts, agreements and deeds of the executive before it takes effect. It ensures that the executive does not turn the office into profit making venture and even in situations where they do, parliament can through scrutiny expose the bloated nature of such financial agreements.

BRIBERY AS AN OVERPOWERING ENEMY

Just recently, our news outlets published articles and write-ups on an alleged act of bribery and corruption under the Mahama Administration when it entered into the 2015 energy deal with a certain Turkish energy company. The aftermath effect was the resignation of Asante Berko, the then managing director of Tema Oil refinery. Asante Berko was alleged as the principal master mind of the said bribery scheme . In the plaintiff statement of case before the district court of New York, it was stated that the defendant, Asante Berko, bribed certain number of parliamentarians into agreeing to aid and speed up the ratification of the energy agreement as entered into by the Mahama Government and the Turkish energy company.

As discussed above, the purpose of the power of parliament is to ensure accountability and transparency in agreements entered into by the executive. But per the facts and allegations , international organizations are able to bribe their way into ensuring that the oversight role of parliament is undermined such that, much scrutiny is not done into exposing the bloated and unfair deals entered into by the executive arm of government.

This leaves our democratic structure undermined since the most instrumental system of check on the government is undermined, thus, harm which could have been circumvented is carried out and can only be corrected when periods of elections come. But as shown above, even the instrument of an election as a system of check and accountability is today rendered ineffective due to the vote-buying strategies invented by political actors.

It is an orthodox structure in essays that where lapses are identified, a good writer should suggest adequate measures to curb and cure those lapses. But the current writer, is in breach of the orthodox demands since he cannot foresee any practically means to immediately battles these lapses. He shall to this extent, allow himself to drop his pen and leave the remedies to the reader.