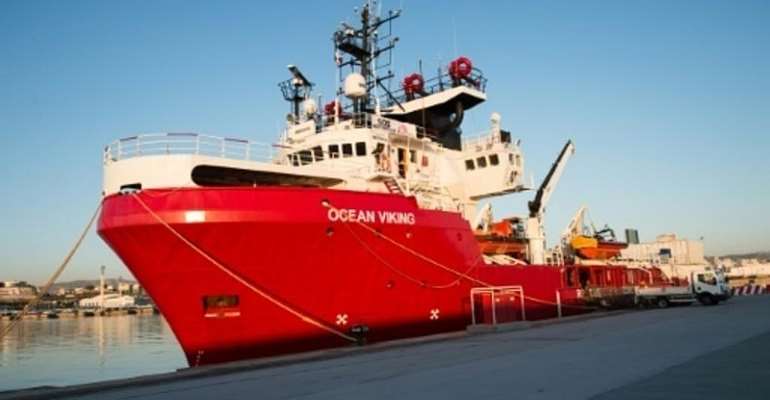 The French NGO Médecins Sans Frontières (Doctors Without Borders) says it's ended its migrant rescue partnership with fellow charity SOS Méditerranée amid a disagreement over European port security – telling EU members the coronavirus is not an excuse to neglect the human rights of migrants at sea.

Despite saving some 30,000 migrants in the Mediterranean over the past four years, the alliance between the two organisations has become a casualty of the Covid-19 crisis.

"As an emergency medical humanitarian organisation responding to the pandemic in Europe and beyond, MSF understands the serious challenges presented by Covid-19," MSF Operations Manager, Annemarie Loof said in a statement released on Friday.

"MSF is concerned that states are instrumentalising outbreak control measures to justify the violation of international law and humanitarian principles, leaving the most vulnerable to die at Europe's borders."

However SOS Méditerranée, which runs the rescue ship Ocean Viking, says it "cannot take the risk of going back to sea when all the lights are red". The vessel will stay docked at its base in Marseille until further notice.

SOS Méditerranée director Sophie Beau said she hoped the mission would get back on track as soon as possible, when further assurance from states regarding safe places to disembark was forthcoming.

"The safety conditions are not up to standard for the crews nor for the migrants themselves," she said, adding that the Covid-19 pandemic meant medical evacuations would become extremely dangerous.

200 migrants stranded at sea
MSF points to several incidents over the Easter weekend in which European countries were accused of jeopardising rescue missions that ultimately put a strain on the joint partnership.

"Malta and Italy failed to respond to multiple overloaded dinghies in distress in their search and rescue regions, and declined a place of safety for disembarkation to nearly 200 people rescued by two non-governmental organisation ships," the organisation said.

"European aerial assets meanwhile surveilled from above, watching as the situation deteriorated over a period of days, but not taking action. At least five people have now been confirmed dead and seven are missing as a direct result."

Meanwhile, contact with a boat carrying about 85 people was lost on 12 April and, despite claims by the European Border Agency Frontex that it arrived in Sicily, it is feared to have capsized.

"For MSF, the humanitarian imperative to act was immediate; with or without such assurances, we could not stand by with a fully equipped search and rescue ship in port as people continue to flee Libya and risk drowning," said Loof.

Spectre of Libyan conflict
MSF says with resettlement, relocation and repatriation mechanisms suspended, there are no alternatives for refugees and migrants trying to escape Libya, which is embroiled in conflict.

International Organisation for Migration (IOM) figures show at least 650,000 refugees and migrants are stranded in the country, with 150,000 Libyans displaced.

Having reduced the capacity for search and rescue operations, European states must take responsibility for the humanitarian crisis at sea they have fostered, MSF said.

Your God-fearing attitude, refusal to tenaciously cling to p...
10 minutes ago