Coronavirus: UK Vaccine To Be Ready In September While Trials Under Way 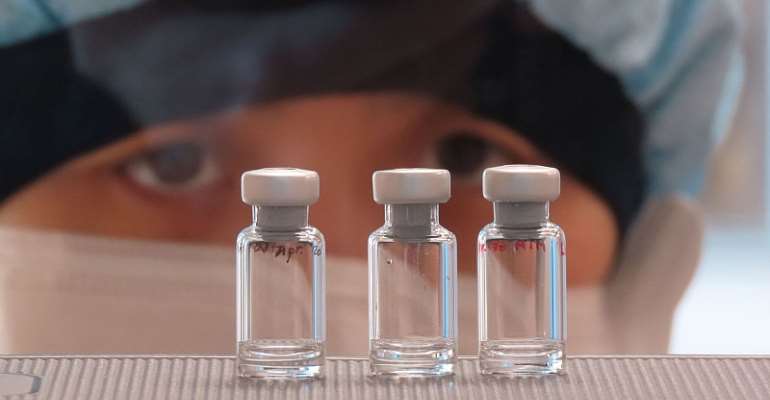 British scientists have said they hope to have one million doses of a covid-19 vaccine ready to be deployed by September this year.

The team at Oxford University will start the first UK study of an experimental vaccine against COVID-19 next week.

But so great is the need, and so high their confidence that it will work, that they will start large-scale production before the trials are even complete.

Professor Adrian Hill, director of Oxford University’s Jenner Institute, said the world could not afford to wait for vaccines to be proven to be safe and effective in trials that would involve months of delay before production starts.

He told Sky News: “While those trials are going on we have to start manufacturing, manufacturing at risk because if the vaccine fails nobody will want the doses.

“But the hope is to have about a million doses by September ready for deployment.

“It’s a big ask, but not impossible.”

The Oxford team say there is an 80% chance of success. If trials are positive hundreds of millions of doses could be ready by the end of the year.

The vaccine, called ChAdOx1 nCoV-19, is made from a harmless chimpanzee virus that has been genetically engineered to carry part of the coronavirus. The technique has already been shown to generate strong immune responses in other diseases.

Deals have already been done with three UK manufacturers, and several more abroad, to make the vaccine.

The scientists have been awarded £2.2m to fund clinical trials by the government’s new vaccine taskforce, which aims to speed up their development and manufacture.

A separate team at Imperial College London has also been backed by government money.

But no deal has been done by Whitehall to secure supply of any vaccine doses.

In answer to a question by Sky News at the daily virtual government news briefing, Sir Patrick Vallance, the UK’s chief scientific adviser, said: “Just to put some realism on vaccine development, each single project does not have a high probability of success.

“So although everybody goes out with high enthusiasm and we hope they work it’s never the case that you know you have a vaccine that is going to work.

“The vaccine could come from anywhere – most of the big (pharmaceutical) companies are doing vaccines.

“We need to back lots of horses so we are in the position to access a vaccine when it occurs.”

More than 70 experimental vaccines are in development around the world.

Two in the United States and one in China have already begun safety studies.

Your God-fearing attitude, refusal to tenaciously cling to p...
26 minutes ago