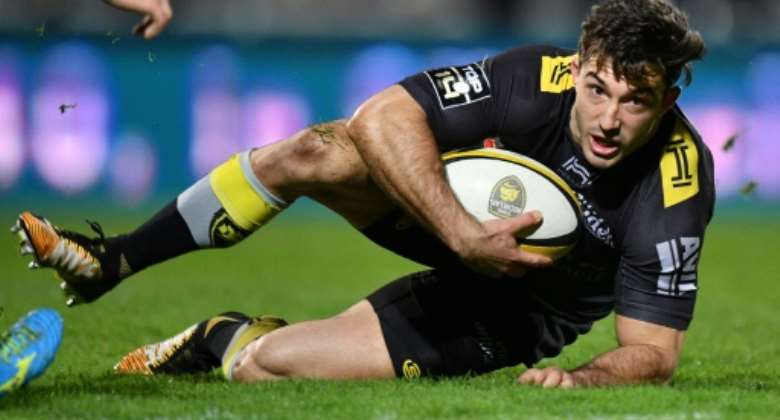 Paul Jordaan made eight appearances for South Africa's under-20 side. By XAVIER LEOTY (AFP/File)

Former world under-20 champion Paul Jordaan announced his retirement from rugby on Friday at the age of 28 to rear Kalahari goats on his family farm in his native South Africa.

Centre Jordaan lifted the world title in 2012 with the Junior Springboks on home soil before moving to La Rochelle in France four years later where he scored 10 tries in 46 appearances.

"I am done. I have decided that it is time to hang up my boots and start my life after rugby," he told SA Rugby magazine.

"We farm with sheep and goats. We have a couple of Kalahari red goats and we also have a hunting trip business with American clients," he added.

The former Natal Sharks midfielder has already returned to the Eastern Cape after being released early from his contract with the Top 14 side.

"It has been a tough time with our business, because we have been going through a five-year drought," Jordaan said.

Jordaan's last game was in February 2019 in a loss to Stade Francais and has suffered with various injuries since a stand-out season when La Rochelle reached the Top 14 semi-finals two years ago.

"I feel like I have left rugby on my own terms. I was not forced out of rugby, I have done it on my own terms and I am now doing something that I really love. So, it actually hasn't been that tough."

Hottest Photo Reports
Catch up with all the political quotes from our politicians.
Advertise here
More from Springboks
ModernGhana Links
TOP STORIES