Should Ghana Review Its COVID-19 Strategic Assumptions And Lines Of Action? 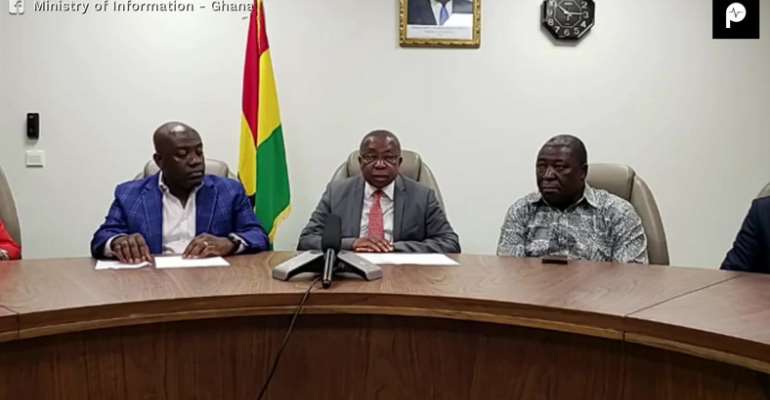 The Ministry of Information’s briefing on April 16, was not only brief, but it was also short of data and analysis. It gave no clues on the question of the lifting, extension or expansion of the lockdown.

The national COVID-19 framework hinges on two major strategic assumptions which appear to be that:

1. The Corona Virus was imported by a primary caseload of arriving travellers (C1), mostly by air at the Kotoka International Airport (KIA).

2. The virus was spread by the primary to a secondary caseload of contacts (C2).

These informed the lines of action: 1) to identify the arrivals and quarantine them, and 2) trace the contacts of those testing positive and test them too.

We also know from today's briefing that another group “normal surveillance” group of 13,838 presented 268 (1.9%) positives.

The key question at this stage is, given that the lines of action informed by the strategic assumptions appear to have been exhausted, what deductions do the authorities draw?

Does the data support the lifting of the lockdown with or without additional sociology-economic measures, or its extension over a longer period, or expansion to a wider geographical area?

It's uncertain that the assumptions and lines of action could comprehensively address the threat of the virus and assure a return to normal socio-economic livelihoods.

The empirical evidence seems to suggest that although Ghana's per one million population (see tables) may be comparatively high among other African countries the modalities and benchmarks for the country-specific testing are not the same. The one million population parameter is therefore subject to interpretation.

It's worth noting too that the March 3, timeline for the border closure coupled with the mandatory quarantine appears arbitrary. There is no scientific or other statistical data to suggest that the virus might not have entered our borders from the onset of the viral outbreak in Nov/Dec 2019 until early March 2020.

Another weakness in the lines of action stems from the nebulous nature of “contacts.” Any arrival who attended a funeral, a social gathering or travel by public transport, could have a virtual number of contacts beyond family and friends.

It is uncertain that the national approach to date can assure beyond reasonable doubt that Ghana has flattened its curve (see graphs).

It's a bit curious though that the authorities have from the start declined to elaborate any models, estimates or projections that guide and derive from the data it collects. The lack of such models makes it a bit difficult for persons other than the architects and managers of the COVID-19 Task Force to engage in informed discussions.

Without recourse to any implications for the lockdown, it is suggested that the testing-tracing line of action should be “truly enhanced and deepened,”

The revised action should, for instance, cover high-density communities, broad categories of medical and health practitioners, and other occupational groups such as commercial vehicle operators, transport station managers, food sellers, market men and women, teachers and other occupations which involve close contact.

At the same time, the period for the identification of arrivals should be backdated to late 2019 when the virus was first reported.

There are empirical reasons for Ghana to review its COVID-19 strategic assumptions and lines of action. That will be necessary to ensure that the “reopening” of the country is based on the widest possible testing framework.

Without such wide-ranging testing, we would not be able to determine how much or less the virus is prevalent in the country.

The writer, Colonel Festus Aboagye is a Security Analyst

The EC Of Ghana Will Not Joke With The Faith Of Ghanaians. W...
33 minutes ago