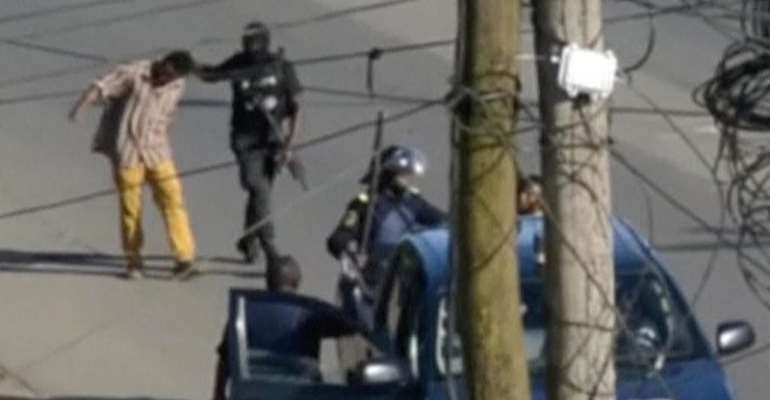 Cameroon's President Paul Biya has made one of his first public appearances since Covid-19 struck the country, announcing the release of some prisoners in order to prevent the spread of the virus in overcrowded jails. The decree does not include Anglophones detained as part of the ongoing crisis in the North-West and South-West regions.

The decree announced by Biya will excludes inmates convicted for embezzlement, corruption, or terrorism, according to Nkongho Felix Agbor Balla, a lawyer and human rights expert.

“Most of the Anglophones who are in detention currently were charged and sentenced on terrorism charges, so it's not something to celebrate from an Anglophone perspective,” Agbor Balla, told RFI.

The names and number of prisoners to be freed have not been divulged by the government.

Rights groups called for prisoners to be released due the risk of the highly contagious Covid-19 spreading rapidly through overcrowded facilities.

“These prisons are overcrowded as a result of the crisis that is rocking the English-speaking regions of the country,” reads a statement from the Centre for Human Rights and Democracy in Africa (CHRDA), Agbor Balla's Cameroon-based group that documents human rights abuses.

“Since the Anglophone crisis started in 2016, thousands of persons have been illegally arrested and detained without proper trials in various dungeons for years, including women, the sick, minors and politicians,” the statement added.

Maintaining social distancing, practicing self-isolation, and taking basic measures such as hand-washing are difficult in prison, especially overcrowded ones.

According to the Africa Centre for Disease Control and Prevention, Cameroon currently has 858 Covid-19 cases, with 17 deaths, and 165 people who have recovered.

Among those still in prison are Julius Ayuk Tabe, a top figure in the Anglophone separatist movement, who was given a life sentence along with nine others last August.

“The central prison in Buea, in the troubled South-West region, was built for 700 people, but currently holds over 2,000,” said Ilaria Allegrozzi, Central Africa senior researcher for Human Rights Watch.

"Cameroonian authorities are limiting prison visits and asking visitors to wash their hands. But lawyers and family members of detainees say it's not enough," she adds.

Many held in pre-trial detention

Most of the inmates have not been convicted, according to Agbor Balla, who says some 75 percent are currently held in pre-trial detention.

“These people could not be released under Article 8 of the constitution because that falls under the prerogative of the judiciary," whereas those to be freed under the Covid-19 response fall under presidential decree.

Agbor Balla says that the Cameroonian judiciary can release Anglophone prisoners using nolle prosequi, meaning "will no longer prosecute". It was used for the release of Cameroonian politician Maurice Kamto.

Ultimately, preventing prisoners from becoming targets of Covid-19 is key, especially due to overcrowding.

“We call on the government authorities to release all prisoners with minor crimes, including political prisoners, juveniles and prisoners with health problems as this will go a long way to decongest the prison facilities in the country,” according to the CHRDA statement.