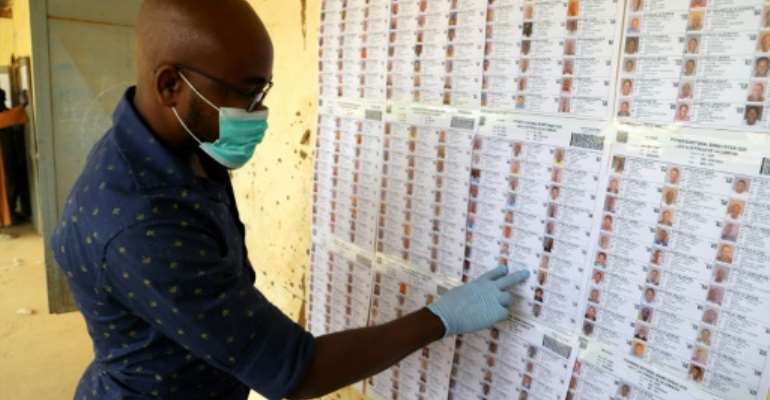 Voters in Mali will be called out on Sunday to complete long-delayed legislative elections, defying a jihadist insurgency and the lengthening shadow of coronavirus.

The elections aim at reviving faith in political institutions at one of the darkest times since Mali gained independence from France nearly half a century ago.

One of the poorest nations in the world is battling jihadists who have claimed thousands of lives and driven hundreds of thousands from their homes.

"In a democracy, nothing is as important as full constitutional legality and the normal array of institutions," President Ibrahim Boubacar Keita said this week ahead of the vote.

Reflecting the double peril which confronts the Sahel state, the president wore an anti-coronavirus facemask.

The virus has so far claimed 13 lives out of 171 cases -- a toll that, for now, is low compared with other countries.

It is the country's first parliamentary poll since 2013, when Keita's Rally for Mali party won a substantial majority.

The elections were meant to take place again in late 2018 after Keita was returned to office but the poll was postponed several times, mainly because of security concerns.

A "national dialogue" staged last year to discuss Mali's deep woes determined that it was crucial to complete the ballot by May.

A revived parliament is also needed for endorsing a planned change to the constitution to promote decentralisation.

That, in turn, is the key to pushing ahead with the government's plans for peace -- a deal it signed with armed separatists in northern Mali in 2015.

The violence in that region began in 2012 before being fanned by jihadists, who then took their campaign into the centre of the country and now threaten neighbouring Burkina Faso and Niger.

But questions have been raised over the credibility of the vote.

The first round, on March 29, was hit by a wave of jihadist attacks, from kidnappings of candidates -- including opposition leader Soumaila Cisse -- to destruction of ballot boxes.

Out of the country's 22,000 polling stations, a thousand did not open in the first round, according to official figures.

Twenty-five soldiers were killed between the two rounds, in a raid on a military base in the northern town of Bamba.

"Will people be able to vote freely in the centre and the north?" asked Ibrahima Sangho of Synergie, an umbrella group of organisations that have deployed election monitors.

The nationwide turnout averaged 35.6 percent, a tally that is not exceptional for Mali although it plumbed just 12.9 percent in the capital Bamako.

By contrast, there was extremely high turnout in parts of the violence-stricken north, where for example more than 85 percent of voters apparently cast their ballot in Kidal -- a figure points to possible fraud, a diplomat said.

In the first round, protective "measures were not implemented universally," he said.

Addressing such fears, President Keita vowed "every health and security" precaution will be "rigorously applied" on Sunday.