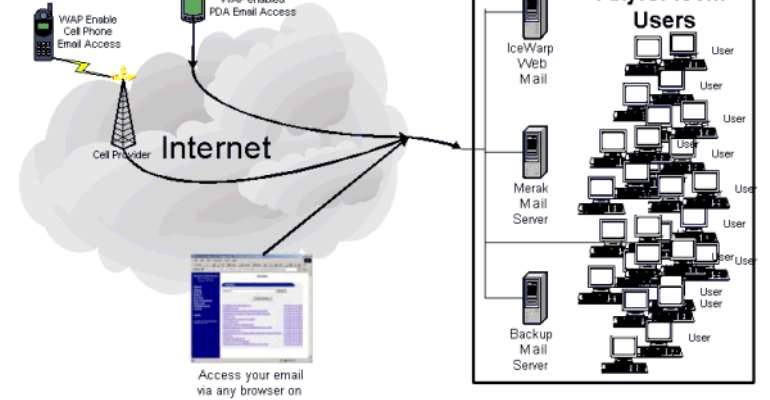 How much effort does it take to get an ISP to pull public domain material using unsubstantiated legal threats? Distressingly little, according to a recent study by Dutch group Bits of Freedom.

Bits of Freedom signed up with 10 Dutch ISPs and used the websites to host text by Dutch author Multatuli, dating from 1871. Multatuli died in 1887 and his works are now in the public domain. A notice to that effect was attached to the published content.

The organisation then posed as the copyright holders of the work. A "legal representative" of the fake E.D. Dekkers society sent a "complaint" demanding that "copyright infringing" content be pulled forthwith to the 10 ISPs. The complaint - sent via a Hotmail account - cited notice and takedown provisions in the recent European E-commerce Directive.

Under the Directive, ISPs risk liability for hosting apparently illegal content on behalf on their customers. Once they are notified, they are obliged to render content inaccessible. Bits of Freedom wondered what would happen if complaints lacked legal validity. Its research is alarming for anyone concerned about online freedom of speech.

Seven of the ten providers (ISPs Tiscali, Wanadoo, Demon Internet and Planet Internet; hosting firms Yourhosting, iFast and Active24) pulled the content without either scrutinising the "offending" website or demonstrating a basic understanding of copyright law. In three cases the content was pulled within 24 hours - giving insufficient opportunity to question the basis of the complaint. The worst performer was iFast - which forwarded the personal details of its customer to the fake complainant, despite receiving no request to do so. Only XS4ALL, UPC and Freeler allowed the perfectly legal material to remain online.

"Out of the 10 providers only UPC demonstrated distrust about the origin of the complaint (the free and unverifiable Hotmail address), and only XS4ALL gave evidence that they had looked at the page, and were aware of the fact that the author had died in 1887, 117 years ago," Bits of Freedom notes.

Bits of Freedom let ISPs decide for themselves whether to take down the Multatuli web pages it registered. In real cases, customers would likely contend such orders. Even so Bits of Freedom said its test show a worrying willingness to comply with complaints without question. "It only takes a Hotmail account to bring a website down and freedom of speech stands no chance against Texan-style private ISP justice," it concludes. ®