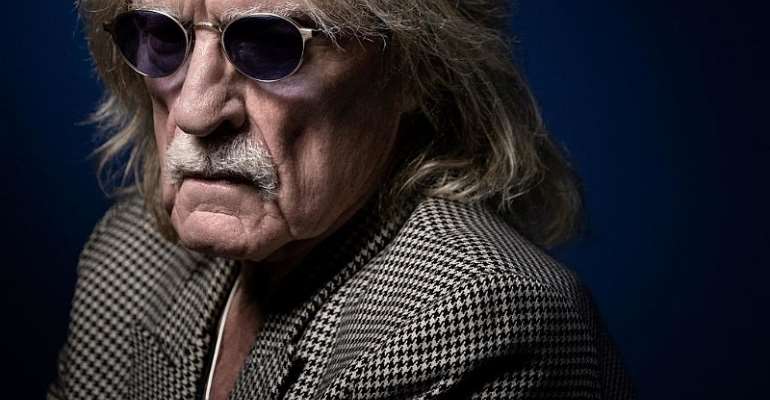 The French singer and composer Christophe has died from a respiratory illness, aged 74, according to his family. Known for his distinctive voice and ballads "Aline" and "Les Mots bleus", Christophe had been in intensive care since late March, reportedly with complications caused by the coronavirus.

The French daily newspaper Le Parisien reported on 29 March that he had tested positive for Covid-19, which the singer's agent did not confirm.

The family's press release made no mention of the virus.

Christophe's widow Véronique told AFP that the cause of death was “emphysema”, a respiratory illness.

Born Daniel Bevilacqua, at age 16 he created the group Danny Baby et les Hooligans, riding the rock and roll wave that was sweeping the United States.

Among his early idols were Edith Piaf and Gilbert Bécaud, and later, Elvis.

After his military service, he decided to go solo and adopted the stage name Christophe.

Top of the pops

Christophe shot to fame at the age of 20 with the 1965 release of the melancholy ballad Aline which went to number one on the French charts.

The hit garnered international success and topped sales in places like Spain, Israel, Belgium, Turkey and Brazil, with over one million copies sold.

Over a career that spanned decades, Christophe wrote more than 200 songs and participated in numerous artistic projects.

He was a poster boy for the French 60s 'yéyé' music scene, alongside artists such as Johnny Hallyday, Sylvie Vartan, Eddy Mitchell, France Gall and Serge Gainsbourg.

He met his wife Véronique in the 1970s and they had a daughter, Lucie.

He once told Vanity Fair magazine that he didn't see himself as just a singer.

"In my mind I'm not a singer; I paint, I make sculpture, I make sound paintings. Often people of my generation say that music was better before. I don't agree. I'm having a ball with the technology of today."

For services to French culture, Christophe was awarded the prestigious Chevalier de la Légion d'honneur in 2014.

His most recent album released last year called Christophe Etc., volumes 1 and 2, features covers of his own songs in collaboration with numerous French artists such as Etienne Daho and Raphael.

He was lined up to perform in Paris at the end of April and September as well as other dates in France.

A fan of cinema, he appeared in the Bruno Dumont film Jeanne which came out in September, and for which he composed the soundtrack.

French Cultural Minister Franck Riester tweeted on Thursday, "His words, his melodies and his voice moved us. With Christophe's passing, la chanson française has lost part of its soul. But the bittersweet blue of his songs is indelible. My thoughts are with his wife and daughter."

Jean-Michel Jarre, who had written the lyrics for two of Christophe's major albums; Les Paradis Perdus in 1973 and Les Mots bleus in 1974 tweeted his homage by borrowing lyrics from Les Paradis Perdus: "Christophe, you left us tonight…and tonight, paradise is lost. Some say that those we love are eternal and they are, and so are you."

'I'm not a fool to build sugar factory with no raw material ...
1 minute ago

How 'lame' if Netherlands visa denial is penalty for support...
1 minute ago