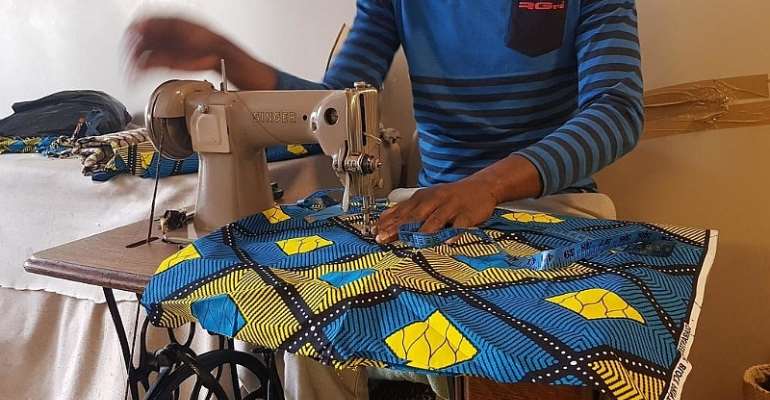 France's population of undocumented workers has been hugely impacted by the coronavirus lockdown. The pandemic has brought havoc to the lives of those struggling in the parallel economy – and it has repercussions far beyond the borders of France.

“This is a catastrophe,” says Hamedy. “There is no work. I have no money. I don't know what I am going to do.”

Thirty-two-year-old Hamedy is one among a large number of undocumented African workers in France who fill jobs in restaurants, construction, the cleaning industry and wherever they can hustle a way in.

When France imposed a total lockdown on 17 March, they were suddenly jobless, unable to claim benefits. Their ordeal which lasted a month will now be prolonged by another three weeks in the wake of President Emmanuel Macron's announcement of an extension of the confinement regulations until at least 11 May.

Nowadays, Hamedy sleeps till 10 or 11 in the morning. For the past year, he left at 5AM to work as a cleaner on construction sites in the greater Paris region.

The 300 euros he earned every week paid for rent, food, launderette, transport and phone cards. The rest went into scant savings, after a portion was wired to Africa.

Hamedy is from Oueloguela, a small village in Mali's western Kayes region. He came to France four years ago after spending a month crossing the Sahara Desert to reach Libya. He stayed a year in Tripoli before earning enough to cross the Mediterranean to Italy.

“This coronavirus is a different kind of ordeal, one I cannot really fight,” he tells RFI. “I could see the dangers I had to face when crossing over to France but with this disease I don't know. Only God can decide.”

Back in Oueloguela, his 84-year-old father counts on the 150 euros Hamedy wires every two weeks. The money helps sustain an extended family of ten who all rely on him.

“There are no jobs at home,” explains Hamedy. “That's why I'm here.”

There is no running water in Oueloguela village, just a well in the courtyard, the water shared with neighbours. There is no electricity except for that supplied by a solar panel, mostly used to charge cell phones.

“Sending them money, it's my duty. I don't even think twice about it,” Hamedy says.

“This year, I will not be able to send them anything. This hurts!” he exclaims.

Hamedy has 300 euros left in savings, and that has to last until the next job. He doesn't know when that may be, or even if the lockdown will be lifted on 11 May.

“I don't even have enough money to feed myself, how can I send anything to Mali?” he says.

Remittance flows towards Sub-Saharan Africa were estimated at 49 billion euros in 2019, “on track to become the largest source of external financing in developing countries”.

“For the time being, I am only sending money when my family in Bamako has a problem,” Lassana tells RFI.

The 35-year-old Malian works full time on construction sites but, being undocumented, he is not eligible for the temporary unemployment benefits which the French government has put in place while the lockdown lasts.

Lassanais is afraid to go to Pôle Emploi, the French employment agency, because he lacks legal documents required for his stay in the country and so, like many in his situation, is not in a position to respond to the government's recent calls for workers in the agriculture sector.

“It's a state of war: we can't go out, we can't work, we can do nothing,” declares 39-year-old Saara who lives in one of the housing facilities for African workers in Paris.

The Senegalese tailor stopped working when the lockdown started a month ago. As a tailor, he does not earn a regular income and his meagre savings have now melted away in food purchases.

“Here at the 'foyer', we share what we have so that people don't go hungry,” Saara says. “But it is also hard to depend on charity.”

So, after hearing public speeches about masks, he decided to make “African ones, not like those made in China where the virus came from”, which he sells at 5 euros.

Doumbia, a 33-year-old Guinean, used to work intermittently as a dishwasher in restaurants across Paris. He travelled from Diatiya village a year ago and, so far, has only been living on day-to-day earnings.

“I avoid going out as I don't want to get arrested,” he tells RFI, referring to police check points enforcing lockdown measures, even though the police do not ask for ID.

“You know, it's not easy to put words on what we are going through,” reflects Saara.