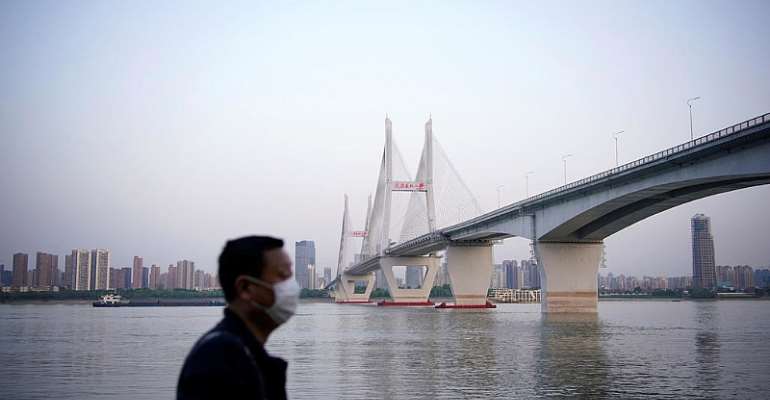 On Friday, China reported an extra 1,290 deaths in the city of Wuhan, where the coronavirus pandemic started in December. The admission of the omitted figures comes amid growing global doubt raised by leaders, including French President Emmanuel Macron, about Chinese transparency.

This is a 50 percent increase for the city of Wuhan, where the death toll now stands at 3,869, bringing the national death toll to 4,632.

The city has only recently begun to lift its strict lockdown measures.

Wuhan's epidemic prevention and control headquarters cited several reasons for the missed cases, including the fact that the city's medical staff were overwhelmed in the early days as infections climbed, leading to "late reporting, omissions or mis-reporting".

It also cited insufficient testing and treatment facilities, and said some patients died at home and thus their deaths were not properly reported.

Countries including the US, the UK and France have begun to question China's transparency over the outbreak.

Death tolls in the West continue to climb
China has come under increasing pressure in particular from the United States, which is probing whether the virus actually originated in a Wuhan laboratory or in a food market.

To date, 17,920 deaths linked to coronavirus have been recorded in France since the beginning of the epidemic, 753 of those in past 24 hours.

In an interview with the English newspaper Financial Times published on Thursday, French President Emmanuel Macron raised doubts over how China has dealt with the crisis.

Unknown factors
When asked if China's authoritarian approach had exposed the weakness of Western democracies, Macron said there was no comparison between open societies and those where truth was suppressed.

"Given these differences, the choices made and what China is today, which I respect, let's not be so naive as to say it's been much better at handling this," he said.

"We don't know. There are clearly things that have happened that we don't know about."

He said that abandoning freedoms to fight the pandemic would threaten Western democracies.

"We can't accept that. You can't abandon your fundamental DNA on the grounds that there is a health crisis."

Diplomatic spat
It follows a row sparked by an article on the Chinese embassy's website that said Western countries had left the elderly to die in care homes.

China dismissed the row as a "misunderstanding".
Russia spoke out in defense of China on Thursday. The President Vladimir Putin, in a telephone conversation with his Chinese counterpart described the recent accusations against Beijing as counterproductive.

Meanwhile, China has reported its worst economic performance in decades with GDP figures for the first quarter of 2020 showing its economy shrank 6.8%.