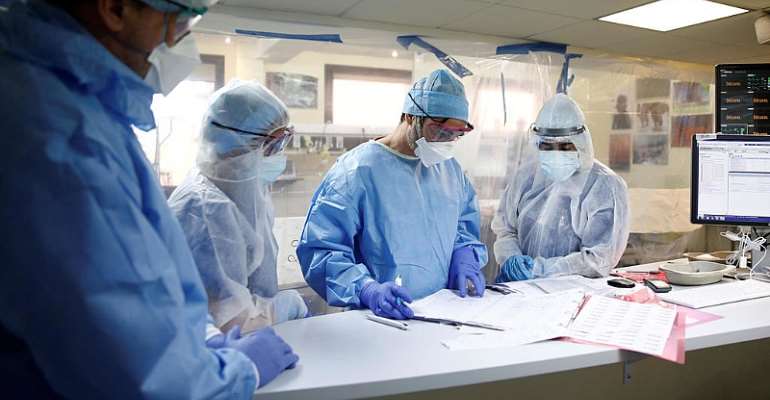 France has reported 753 more Covid-19 deaths, bringing the total to 17,920, the fourth-highest tally in the world. But the number of people admitted to hospital fell for a second day running, the top public health official said.

In another sign that the lockdown, in effect since March 17, is working, Jérôme Salomon said the total of people in intensive care units (ICU) fell for the eighth day in a row to 6,248 – a low point since April 1.

"Our collective efforts demonstrate their effectiveness. The spread of the virus is stabilising at a high level (...) and that is good news," the head of public health said.

Corroborating this observation, senior health officials in Paris - the worst-hit region in France - said there was reason for optimism in the fight against the new coronavirus in view of the number of hospitalisations and admissions to ICU units.

But Salomon said the French health system was still under huge stress and that it was crucial French citizens continued to comply with the lockdown put in place on March 17 and extended to May 11 on Monday.

"The decline in intensive care needs is consolidating, but 6,248 patients in ICU units is a much higher figure than the initial maximum capacity in these units in France," Salomon said.

That number was however at its lowest since April 1 and is down by almost 1,000 from its April 8 peak of 7,148. Before Covid-19 started to spread, France had 5,000 hospital beds equipped with ventilation gear.

At 17,920, the number of fatalities is up 4.4% over 24 hours, with the rate of increase decelerating again after speeding up in the two previous days.

France has the fourth highest tally of fatalities in the world, behind the United States, Italy and Spain. These four countries account for almost two-thirds of the current global total of more than 140,000 deaths.

The rate of increase in confirmed coronavirus cases in France remained steady at 2.5%, with 108,847 cases. In nursing homes however, probable cases shot up by 36%, reaching 37,213.