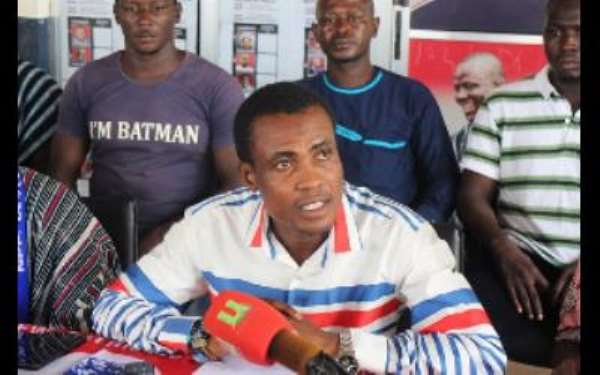 The Communications Director of the New Patriotic Party in the Savannah Region has said some members of the National Democratic Congress together with the management of Nkilgi FM have threatened him after he exposed them on a morning show on Yagbon FM in Bole.

"These threats have come from the caretaker of Candidate Mahama’ radio station-Nkilgi FM in Bole. Haruna Mahama sent these empty threats with some toothless NDC serial callers in Bole this morning. They have threatened to attack me the next time I come to Bole for a similar exposure," he said in a press release.

According to the Savannah Regional Communications Director Issah Mohammed, all party communicators in the area should boycott any single discussion on Nkilgi FM as the party was not well represented on the radio station.

Issah Mohammed alleged that Nkilgi FM belonged to Former President John Dramani Mahama and that the leaders of the station treated the NPP communicators unduly.

The General Manager Mahama Haruna denied allegations saying: "Former President John Dramani Mahama is not the owner of Nkilgi FM even though the Radio station is situated at his father's residence in Bole."

He continued, "There is nothing wrong with Management of Nkilgi FM coming into an agreement with the family of former President John Dramani Mahama to use a part of their father's residence as studio and office for Nkilgi FM."

Mahama said the Communications Director had an outstanding issue with the radio station citing an alleged physical assault on its reporter in June 2016 at Damongo.

He added "they know Issah Mohammed has a personal problem with Nkilgi FM and has always sought to discredit the Radio station."

But Issah Mohammed has also debunked such accusations saying:"The leaders of the station at various points tried to gag us from communicating on the platform and I think at this modern age it is not advisable. Any issues I have had with the radio station is a result of that."

On the contrary, the drumbeat of arguments between the NPP communications director and the radio station became louder when Nkilgi FM disrupted a serial caller of the NPP over some comments.

Both sides have differing opinions on the matter.
Haruna Mahama went on to post on his Facebook Wall: "NPP will always protest when their Serial Callers are taken off air for comments that are not in good taste or are inflammatory."

Meanwhile, the communications director has hinted that he was seeking the counsel of his lawyers to determine the right step over the threats. "Let the sound minds with Bole NDC advise those vagabonds that the NPP is capable of doing everything to protect itself."