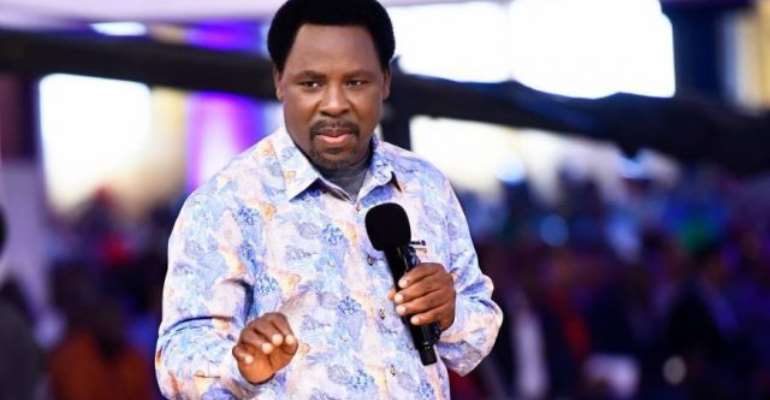 Emmanuel TV has released a video on YouTube showing citizens and residents of China confirming the ‘controversial prophecy’ from Prophet TB Joshua that the coronavirus outbreak would end in Wuhan, China by 27th March 2020.

“I had been hearing about TB Joshua since I was a kid but I never believed in him,” one of the residents explained.

However, he heard the prophecy on social media where Joshua declared “rain would fall to wipe away all fears of the unknown”, specifying it would fall in Wuhan, China - the epicentre of the coronavirus outbreak - and mentioning the date of March 27th 2020.

He immediately dismissed it as a “fake prophecy” but became perplexed when heavy rain fell across the region from 23rd to 26th March 2020.

Within that timeframe, Wuhan declared it had no new confirmed cases of the disease, leading the resident to change his perception of Joshua’s authenticity.

“On March 27th 2020, the government declared China free of coronavirus; everything has since gone back to normal,” Sun, a Chinese citizen went on to confirm, adding that the few cases being managed now arose from foreign travellers but domestic cases had completely ceased.

“March 27th was the last day for the virus to finish in the epicentre,” a Chinese doctor further corroborated, explaining that the heavy ‘lockdown’ imposed by the Chinese government has now been lifted.

“We started working on March 27th,” a Chinese citizen in Shanghai equally stated. “95% of our offices are now working.”

Joshua came under scrutiny on social media after clips of his prophecy regarding coronavirus were taken out of context, isolated soundbites heavily shared and quotes wrongly attributed to the cleric publicised.

However, the full clip of the prophecy clearly shows Joshua’s message on March 1st and 2nd was directed specifically towards Wuhan, China.

In his prophecy for 2020, Joshua had declared it “the year of humility”, specifying that “God would use challenges such as affliction to humble us” - leading many of his supporters to link such terminology with the ongoing outbreak and its extraordinary worldwide ramifications.