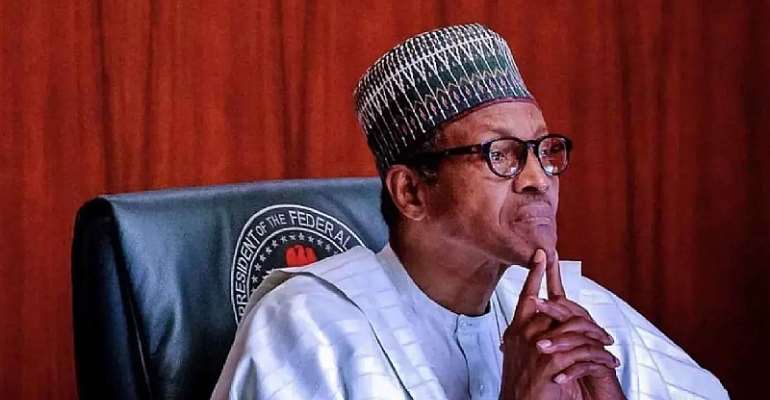 The Conference of Nigeria Political Parties (CNPP) has called on President Muhammadu Buhari to direct ministries, agencies, parastatals, and every individual involved in the distribution of COVID-19 palliatives and relief materials, including cash transfers to poor Nigerians, to develop more transparent methods that are verifiable in carrying out his directives on the matter.

Commending President Buhari on the measures articulated by his administration to curtail the spread of Coronavirus disease in the country in a statement issued in Abuja on Thursday and signed by its Secretary General, Chief Willy Ezugwu, the CNPP strongly noted that the only thing lacking is transparency in executing the palliative packages.

"We appreciate the approach adopted by the President Muhammadu Buhari led Federal Government in the war against the COVID-19 pandemic in the country.

"The most beautiful part of all anti-coronavirus measures being executed by the current administration is the effort towards fighting hunger, which may be worse than the virus the country is confronting if not properly handled.

"For us, death is death, whether from Coronavirus disease or by hunger. And both must be avoided.

"Efforts to reduce the effects of the #COVID19 lockdown in most parts of the country are encouraging but for the shoddy nature of the execution as the palliative measures are corruption prone.

"The Federal Government is yet to develop a clear and verifiable framework for capturing and reaching poor citizens whose means of livelihoods have been completely shut down in most parts of the country as they depend on daily incomes to survive.

"We are afraid that the current fire incidences at some infrastructures hosting federal government establishment may be a test-running strategy for possible cover up of monumental corruption in the COVID-19 palliatives distribution.

"We wonder why government establishments are going up in flames at a time junior cadre in the federal civil service are at home. At first, it was the Treasury House of the federation that was gutted by fire. But barely a week later, it was the turn of the Corporate Affairs Commission to be gutted by fire.

"We are now left to believe that it's a well-designed scheme ahead of a major fire incident that may consume traces of possible fraud being perpetrated by those Mr. President may have entrusted with the palliative distributions.

"Otherwise, we are still at loss as to why Mr. President have not ordered a stop to the ongoing direct cash distribution to beneficiaries of the Conditional Cash Transfer scheme.

"Alternatively, if cash must be given by hand, the federal government can set up a website where the names, phone numbers and local government of residence of all beneficiaries will be published and updated daily as the palliatives are distributed.

"Also, the names of the members of the palliative committees at each ward and local government should be updated for both local and international donors to the funding of the succour being given to the people to be assured that the funds and materials are not being looted.

"Our fear that there may be high level corruption in the ongoing distribution of palliatives to citizens is strongly rooted in the fact no political leader in the CNPP at the grassroots, as an umbrella body of registered political parties and political associations in country, has been able to identify the beneficiaries in the last 16 days", the CNPP stated.

The EC Of Ghana Will Not Joke With The Faith Of Ghanaians. W...
4 minutes ago