32 Grabbed For Trying To Travel From Accra To Dambai 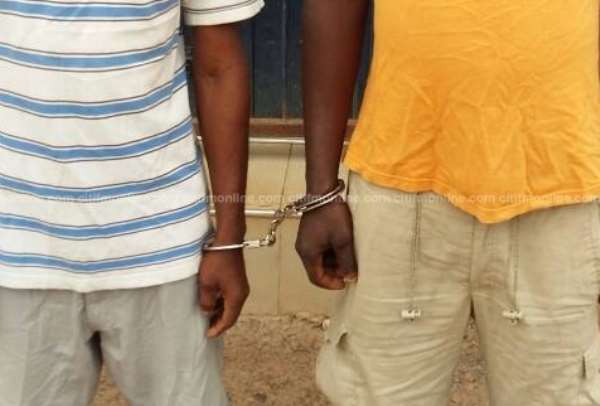 Some passengers who were travelling from Accra to Dambai in the Oti Region have been arrested for flouting restrictions imposed on parts of the country.

The 32 have also been charged, according to the Accra Regional Police Public Relations Officer, DSP Afia Tenge.

Narrating circumstances under which the 32 were arrested, DSP Afia Tenge said: “From what we learnt, they hired a commercial vehicle. We know that intercity movement has been restricted for some time now. They came together and had to pay some fares to the driver to help them move from Accra to Dambai.”

“They themselves boarded the vehicle. From what we gathered, they needed to travel so they could not wait for the restrictions to be over so irrespective of the impositions that are presently in force they still needed to go to these various places because they were bent on going. They have been charged for violating the Imposition of Restrictions Act.”

On Wednesday, a canoe operator in the Chereponi District of the Northern Region, Dramani Kwaku was slapped with a GHS 12,000 fine by the Yendi Circuit court.

The convict failed to comply with the new law on imposition of restrictions as stipulated in paragraph 1(1)b of the Executive Instrument 64 of Act 2020 (1012).

According to prosecution, Dramani was using his canoe to transport passengers to and from Ghana across the Oti river using unapproved routes despite the closure of the country's borders. Persons flouting lockdown directive could be imprisoned or fined – Police

The Ghana Police Service has already indicated that persons who flout restrictions imposed on parts of the country to contain the coronavirus outbreak risk being prosecuted.

Director in-charge of Legal and Prosecution of the Ghana Police Service in Greater Accra, ACP Lydia Donkor had said persons caught flouting the directive to stay at home will either pay a penalty ranging between GHS12,000 to GHS 60,000 or serve a jail term from four to ten years.

“I must say that a penalty unit is GHS12 so if you are found guilty, you are likely to pay a fine ranging from GHS12,000 to GHS60,000 or serve a term of imprisonment from four to ten years or both. The message is simple. When you are arrested and found guilty, the laws will be enforced. So my advice is; stay home, stop the spread and let us stay safe,” ACP Lydia Donkor explained.

A total of 641 novel coronavirus cases have been recorded in Ghana with eight deaths and 83 recoveries.

Fuel price increases: Akufo-Addo, Bawumia callous about the ...
28 minutes ago

Cape Coast Airport will be constructed at all cost - Akufo-A...
28 minutes ago