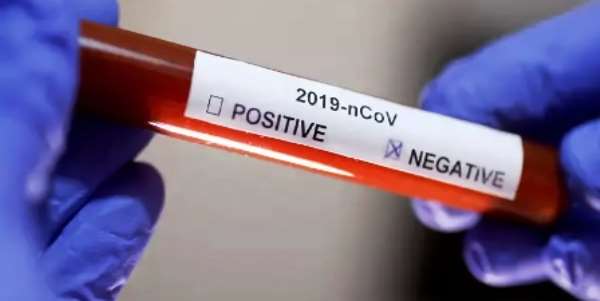 Six out of the nine COVID-19 patients receiving treatment at Tamale in the Northern Region have tested negative after a first test conducted on them.

The Regional Health Directorate says it is waiting for the second test results before the patients can be declared cured.

According to the Ghana Health Service (GHS), eighty-three infected persons have recovered from the novel Coronavirus in Ghana.

Speaking to Citi News on the sidelines of a media briefing on the COVID-19 situation in the region, the Deputy Health Director in Charge of Clinical Care, Dr Braimah Baba Abubakari said even though the samples are supposed to be taken 24 hours apart, they have taken the samples a week apart due to the delay in getting the test results.

“We need to have another test again and we are saying that a minimum of 24 hours apart because if I take the sample this morning and then in the evening I take another sample then it means that I am taking it on the same day and so if both are negative I will not be confident enough to say the person has been cured. We need to have at least 24 hours apart so with respect to our people, because of the delay in receiving the results, there have been one week apart between the first sample and the second sample.”

“So the first sample as we mentioned, six of them tested negative and then three remained positive and so the second sample was taken and then sent to Kumasi and so hopefully by the end of this week, we should get the results from them. And when they test negative then we can then say they are cured. And the others who tested positive, if they are to test negative then that will be their first, meaning we will have to conduct another test on them,” he added.

He also noted that a total of 72 contacts were established but have all tested negative, adding that, there is no ongoing contact tracing in the region.

“Out of the 10 that we had, we had a total of 72 contacts that we traced. Because they are not indigenes the contact was quite limited, some were staff of the Tamale Teaching Hospital but they have all tested negative. There were other places they went to like the market and picking taxis but we are unable to trace those people.”

Touching on the fears of residents living close to the hotel housing some COVID-19 patients, the Dr Braimah said samples of residents will be collected for testing based on their request.

“We had a discussion yesterday with the regional coordinating director and he said he also had calls from the residents in that area saying that they are worried because they live very close to the patients. So, what we agreed on yesterday was for him to get back to the one who called him to coordinate and get us the total number of people in that area who are willing to be tested because we cannot compulsorily go and test everybody. But as many as are willing to be tested, once we get the number, we will organise that number of sample containers and then we will go and test all of them. Hopefully, we will be working on that today or tomorrow because we need to test them so that when they are negative, their fears can be put on hold.”

I'm a human, I made a mistake — says Akufo-Addo over Cape Co...
6 minutes ago