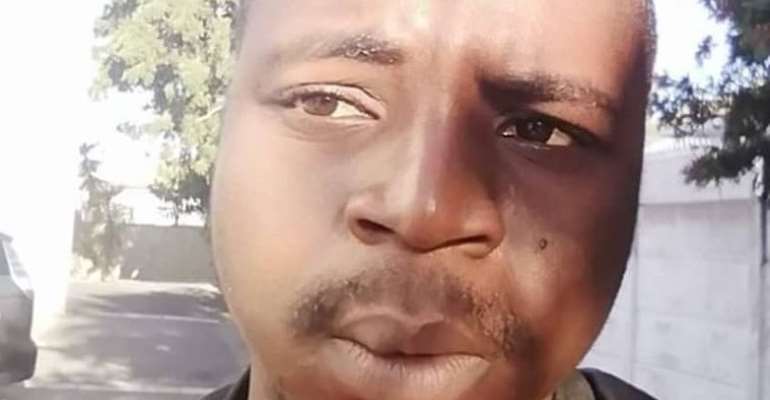 A 46-year-old man who tested positive for the novel Coronavirus, Simon Okafor Chukudi has bolted in the Upper West Region.

The Nigerian national was kept under surveillance at his residence by officials of the Ghana Health Service awaiting the outcome of his test results for COVID-19 which came out positive last Monday.

The Upper West Regional Director of Health Services, Dr. Osei Kuffuor Afreh who confirmed the development to Citi News said after breaking the news about Okafor's status to him the same day, health officials followed up to his residence at Wapaani, a suburb of Wa to transport him to the isolation centre at the Upper West Regional Hospital but he was nowhere to be found.

“He was among the six new cases we recorded recently. Unfortunately for us, when we went to send him to the isolation centre, he could not be traced,” Dr. Afreh said.

The Regional Health Director appealed to the public, especially residents of Wa to help trace the whereabouts of Mr. Okafor.

The incident has already generated fears among the populace in the Upper West Region with some resorting to social media to express their opinion on the matter.

Salifu Razak, a resident at Dobile in Wa in a Citi News interview expressed his fear and displeasure about the incident.

“How can we be safe? This incident happened since Monday but they kept the information from us. What is the guarantee that the man has not infected innocent people in the region?”

Meanwhile, a Guinean who tested positive for COVID-19 but subsequently escaped from a quarantine facility at Tamale in the Northern Region was arrested in Accra.

The then, Deputy Health Minister, Alexander Abban said while the patient was spotted and arrested, it was surprising how she was able to bypass the security barriers in the locked-down areas in the Ashanti Region and ended up in Accra.

“I'm just wondering how this person got to Accra because she was actually spotted and arrested. That is the shocking bit. How did she cross Kumasi? The person has been arrested. Yesterday when I was in Korle-Bu I chanced on that information,” he said.