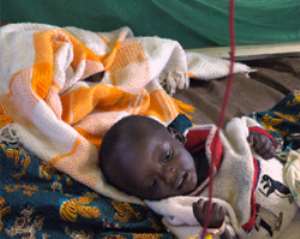 Ahead of the UN's 192-member World Health Assembly on Monday in Geneva, Kenya and Brazil are urging governments to spend more on researching diseases that affect poor countries.

The two states have submitted a resolution calling for the World Health Organisation to lead research into "neglected" diseases such as malaria and tuberculosis.

Last month, a WHO report by Ruth Dreifuss, the former president of Switzerland, called on the pharmaceutical industry to cut the price of drugs sold in developing countries - something companies insist they have already done.

Dreifuss is not expected to present her report to the assembly, and campaigners argue this is caving in to the industry.

According to the UN, less than 10% of investment in health research goes to diseases that affect 90% of the world.

The campaign and aid group Medecins Sans Frontieres - which accuses the WHO of "inertia" on the issue – says only 21 of the 1,556 drugs brought onto the global market from 1975 to 2004 were destined to fight diseases that affect most of the underdeveloped world.

More than 500,000 new cases of Kala Azar - a Hindi word meaning Black Death – develop every year, and many of the affected are extremely poor children.

"The people who are affected by the problem are poor. That's why we call it a neglected problem," said Dr. Willy Tonui of the Kenya Medical Research Institute, or KEMRI, in Nairobi.

"Since you're dealing with a poor population, they won't be able to purchase the drug."

Dr. Davy Koech, KEMRI's CEO, says that developing countries have the capacity to provide new solutions for old diseases but that it is difficult to get support for research and development into diseases that affect the poor and for which there is no profitable market.

There has been a sharp increase in cases over the past decade, according to the WHO.

Most cases occur in Sudan, Bangladesh, India, Nepal and Brazil.

Unlike treatments for AIDS and heart disease, there have been few advances in Kala Azar drugs in nearly two decades.

The problem, critics say, is that there's little financial incentive to develop drugs for people who will never be able to pay for them.