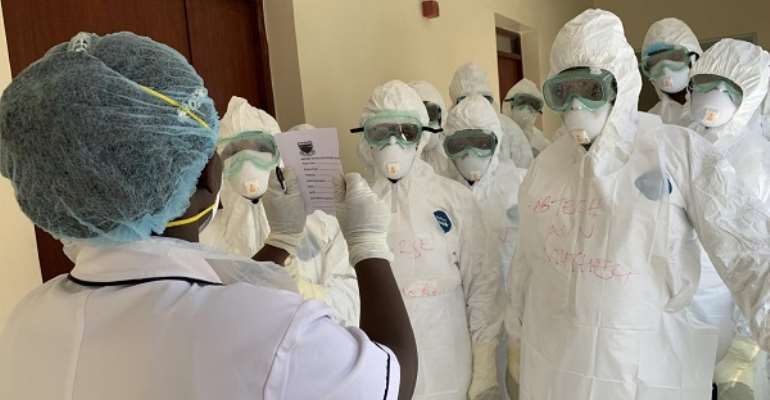 The Controller and Accountant General’s Department says it has effected the three months tax relief for all health workers as directed by the President.

According to the Accountant General, the relief will reflect in the salaries this month.

In a Statement signed by the Acting Controller and Accountant General, Mr Kwasi Kwaning-Bosompem also indicated that it is engaging the health ministry on the modalities for the computation of the 50% basic salary as allowance for frontline health workers.

“Three (3) months tax relief for all health workers has been effected. This will reflect in each of the three months’ (April, May and June 2020) payroll.

“On the 50% of basic salary as allowance for frontline health workers for the next three months, the Department has engaged the Ministry of Health on the modalities for effecting the payment,” the statement announced.

Tax relief
Government has announced a tax holiday for Ghana’s health workers on their emoluments for a period of three months.

President Akufo-Addo who disclosed this in a televised broadcast early this month said the move is billed to take effect from April to June.

“Government has also decided that all health workers will not pay taxes on their emoluments for the next three months i. e. April, May and June,” the President said.

This, according to him is part of government’s incentive for the Health Workers and their sacrifices as the country fights the coronavirus pandemic.

Aside this, frontline health workers will receive a 50% allowance on their March to June basic salary.