Covid-19: Six Bodies Abandoned In Morgues Over Lack Of PPEs 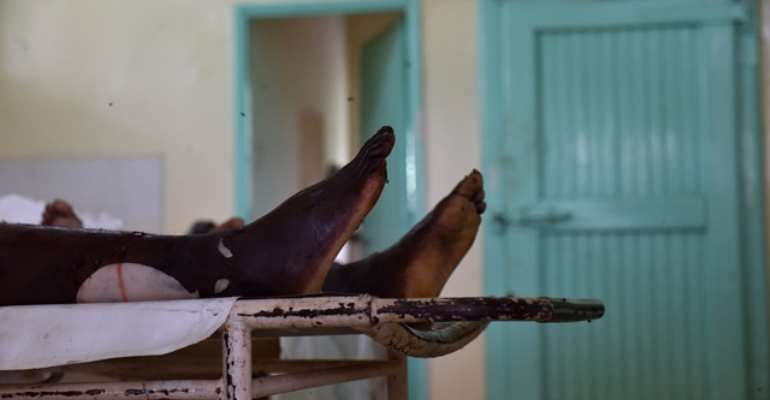 Environment Health Officials at the Accra Metropolitan Assembly have raised concerns over six COVID-19 bodies that have been left unattended to at various morgues due to the lack of training and PPEs to handle the bodies.

According to them, bodies of infectious diseases are meant to be buried within 72-hours of death in a designated burial site.

Per the WHO standards bodies of infectious diseases are not supposed to be kept in the morgue. They are meant to rest in a cold van for not more than 3 days then moved to a designated burial site for sanitary disposal.

The health officials, however, reveal that a section of the Awudome cemetery has been designated for that, but they have neither the necessary capacity nor Protective gears to carry out the task.

Speaking to Francis Abban on the Morning Starr Thursday Director of Public Health for the Accra Metropolitan Assembly, Florence Kuukyi, said her department has not been trained on how to handle COVID-19 bodies.

She explained “It is the duty of the environmental health officer who is supposed to dispose off these bodies, and as we are talking, part of Awudome cemetery has been designated for Ghana infectious disease burial site. If we don’t release the place, the bodies can’t be buried because you can’t bury the body at the blind side of the assembly where the cemetery is located.”

On when the notification of the dead bodies came she said “to the best of my knowledge, I know one is not less than two weeks now because the first call that came was on the 25th of March and the subsequent calls came in on the 30th of March and 1st April.

“The communication we have received from them (GHS) is that immediately they move the body from the hospital ward into the cold van, that is where the medical officers work end. It is now the duty of the local government service to takeover. But as I’m talking with you now, no provision has been made for us to undertake such burial hence these bodies are still lying in the mortuary.”