COVID-19: The Time Has Come To Employ "Idly" Doctors, Other Health Workers – Mahama 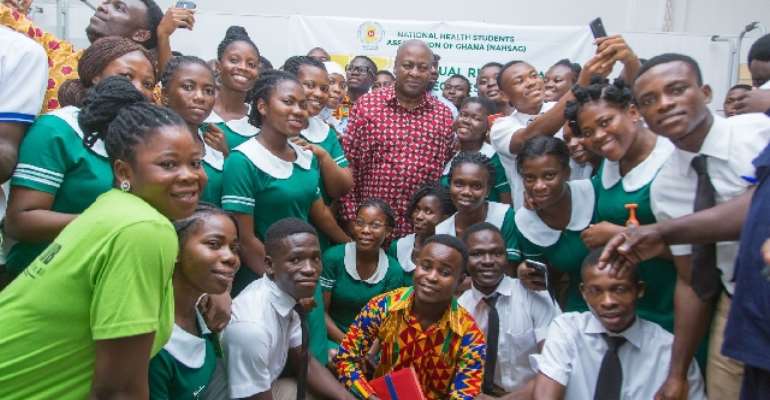 Former President John Mahama has said it is time for the government to employ doctors and other health workers who have are jobless to help with the fight against the coronavirus outbreak in the country.

Speaking at a ceremony to present food items to some twenty thousand households in locked-down areas such as Accra, Kumasi, Tema and Kasoa, Mr Mahama said: “This might also be the time for government to employ more doctors and other health workers-in-waiting who have been idling at home, some for many years”.

“This might become necessary as many health workers who suspect they may have been exposed to the virus have begun to self-isolate in order not to further spread the disease”, he explained.

The withdrawal of services followed a threat the coalition issued to that effect last week if they were not given permanent employment by the government.

The coalition, which had 1,855 of its 3,797 members volunteering for the exercise, feels its members have been discriminated against by the government as far as the recruitment of the 2017 batch of health workers is concerned.

Members of the group do not understand why nurses and midwives were recruited and Allied Health Professionals excluded.

The group, in a statement, expressed its unhappiness about the “neglect and unfair treatment” being meted out to them.

“The leadership of the Coalition of Graduate Unemployed Allied Health Professionals (COAHP 2017 and 2018 batch, wishes to inform the general public that, effective 13th April 2020, all members who volunteered to do contact tracing, sample taking and testing nationwide have withdrawn their services in the COVID-19 teams.

“Follow-ups were done to this effect and the Ministry of Health promised us that, latest by March, our financial clearance will be granted, we thereby could not fathom why only that of nurses was granted leaving out Allied Health Professionals”, the statement said.

The group warned that contact-tracing, sample-taking, testing and all public health activities are “strictly the work of certified Allied Health Professionals.”