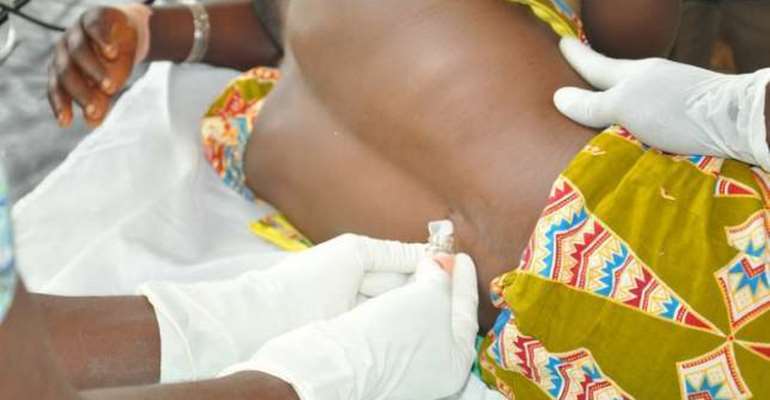 About 48 people have died from Cerebrospinal Meningitis (CSM) disease in four regions of the north.

This is out of about 449 cases recorded in the Upper West, Upper East, the Northern Region and the Savannah Region.

The Upper West Regional Minister, Dr Hafiz Bin Salih, who has been addressing the issue in a public broadcast in Wa, said the fatalities had been increasing, especially in the last three weeks, progressing from 18 in week 10 to 33 in week 12 to the present figure.

He described the CSM outbreak, which is an annual occurrence, as a disease that attacked a person's central nervous system and caused inflammation of the brain and spinal cord, leading to stiff neck, fever, headache and nausea, among other symptoms.

He said the regions of the north laid in the meningitis belt and stretched across Nadowli, Jirapa, Lawra, Nandom up to Burkina Faso, adding that because of the climatic condition in the area which was dry, very hot and dusty at this time of the year, the epidemic had always remained an annual occurrence.

He regretted to note that the huge number of cases could be attributed to late reporting of cases to the health facilities.

Stigma
That, he said, could be attributed to stigmatisation since the disease carried similar symptoms as the COVID-19.

Because of this, patients use their own methods to fight the perennial disease until when their conditions become very critical that they are rushed to the health facilities.

The regional minister also noted that most of the facilities were ill-equipped to handle the cases in those conditions leading to the high number of fatalities.

He commended the World Health Organisation (WHO) and the Greek government for donating 5,000 vials of Ceftriaxone and 1,100 bags of infusion to the region to support case management.

He also advised the people to avoid overcrowding environment since the germs can easily spread from person to person, and to drink a lot of water frequently to hydrate their bodies to avoid "micro -tears at the back of the nose and mouths to prevent germ invasion to cause CSM".

Upper East
In the Upper East Region, out of 69 suspected cases, 18 had been confirmed.

According to the Upper East Regional Director of Health Services, Dr Winfred Ofosu, the region had always put in place the necessary mechanisms for diagnosis and treatment of the cases since it was an annual occurrence.

Dr Ofosu said, all the various health facilities across the region had also been stocked with logistics and test kits to diagnose the disease for treatment.

He explained that in order to prevent the disease from spreading, the health directorate had directed all the various district health management teams to intensify education about the outbreak of the disease as well as to give periodical media briefing.

Northern Region, Savannah
A total of 78 suspected cases of CSM were recorded in the Northern Region this year, the number of people who have died are two from the disease.

This was contained in a document from the Regional Health Directorate which stated that out of the total number of 78 cases, 27 were found to be positive by the Public Health Reference Laboratory at Tamale (PHRL), including the two deaths.

He said the remaining 25 victims were undergoing treatment.

In the Savannah Region, seven people died out of 40 suspected cases of CSM. The cases were recorded in Bole, Sawla-Tuna-Kalba districts and the West Gonja municipality from January to March, this year, the Savannah Regional Health Directorate confirmed.

The Bole District Director of Health Service, Mr David Bakuri, told the Daily Graphic the directorate had intensified public education in the area to sensitise residents to the disease.