Fidelity Bank Adopts A Community Through Its Financial Literacy Campaign 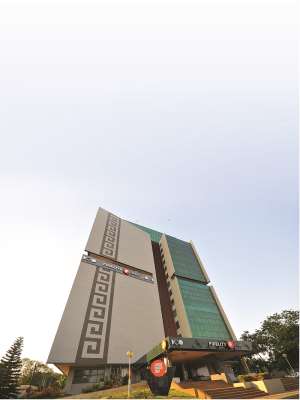 As part of efforts to drive financial inclusion agenda in Ghana, Fidelity Bank, has adopted Adenkerebi, a community in the Eastern Region, through the Bank's year-long Financial Literacy Campaign (FFLC) for 2020.

Over the past six years, Fidelity Bank has successfully run financial literacy campaigns for women groups, youth in agriculture, smallholder farmers and market associations. These initiatives have reached over 100,000 people in Ashanti and the Northern Regions.

The initiative started when Fidelity's Inclusive Banking unit responded to an invitation by the Adenkerebi Welfare Association to their fundraising event to build a new community centre.

Ms. Ophelia Ama Oni said "At one of their events, we used the opportunity to educate the community on the importance of savings. The Fidelity team interacted with executives of the Adenkerebi Welfare Association who requested Fidelity to participate in their next welfare meeting to educate members on formal financial services." She added, "We accepted the invitation and visited the community in January to kick off its first financial education session."

Fidelity Bank leveraged this opportunity to open a low KYC Fidelity product called the Smart Account and educated the community on essential banking services, mobile banking via USSD and the Fidelity Mobile App.

Ms. Oni expressed her sense of pride that Fidelity Bank is the lead driver of financial inclusion and continues to champion it. She said, "We look forward to successfully digitizing the operations of Village Savings and Loans Association (VSLA) through the FFLC."

The Adenkerebi Welfare Association, which meets once every two weeks, operates a VSLA model through which members save. It is the only form of banking they are used to and trust.